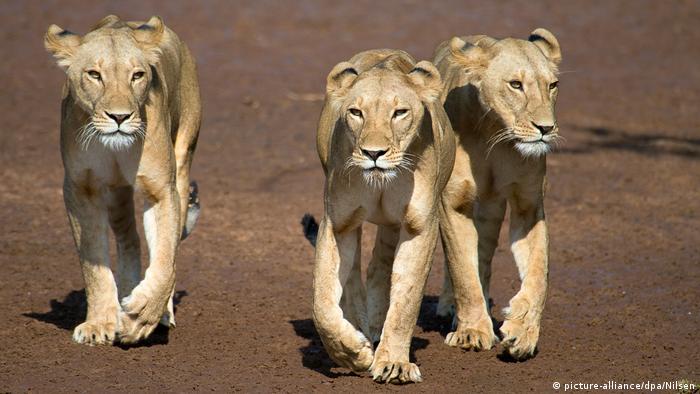 Female lions live together in a pack and care for each other.

On average, women live six to eight years longer than men. At least if they are treated well. But we have known that for quite some time.

What we didn't know until now is that the same is true for many wild animals. This is the conclusion reached by an international team of researchers, including Biologists from the University of Bath, who investigated the lifespans of 101 different animal species. The study was published in the Proceedings of the National Academy of Sciences.

In the animal kingdom, the difference in life expectancy among males and females is even greater than in humans. For 60% of the animal species studied, females live on average 18% longer than their male conspecifics. The difference between men and women is nearly 8%.

According to the World Health Organization (WHO), this is because women have a biological advantage over men when it comes to health and thus life expectancy.

Women have two X chromosomes, while men have only one (they have a Y chromosome instead).

On the X chromosomes some immune-relevant genes are encoded. Among them are genes that recognise certain pathogens and can thus set the corresponding immune response in motion. The hormone estrogen, which women naturally have more of than men, also has a protective function.

Scientists suspect that biology holds its protective hand in a very similar way over the female animal world.

No risk, no fun, he said

These biological advantages might seem like blatant injustice, but they are not the only reason why women live longer. According to the WHO, this is also due to the fact that women tend to be less willing to take risks.

In other words, women generally smoke and drink less and come up with stupid ideas less often. As I said — less often.

Although the shorter lifespan of male animals cannot be explained by excessive tobacco and alcohol consumption, scientists suspect sex-specific behavior as one of the reasons.

The researchers found that female lions live at least twice as long as males. "Female lions live together in a pack in which sisters, mothers and daughters hunt together and care for each other. Adult male lions, on the other hand, often live alone or with their brothers and therefore do not have the same support network," says one of the study's authors, Tamás Székely from the Milner Centre for Evolution at the University of Bath.

The researchers also suspect that it is beneficial to female longevity if the male shows himself to be the most committed father possible. This could make up for the health costs associated with birth and raising the offspring.

Since much is still speculation, more data is needed to establish the real reasons for the difference in life expectancy.

The next step will be to examine the lifespans of animals living in captivity in order to compare it with that of their wild counterparts.

It remains to be seen whether all-inclusive care means that zoo animals live longer or whether the boredom of captivity is more likely to make them depressed and kill them prematurely.

Read more: Insects are dying and nobody knows how fast