Fresh eurozone economic data show that inflation has risen to just below the ECB's key target, growth is accelerating and unemployment has hit a seven-year low, suggesting the bloc's economy is finally on the mend. 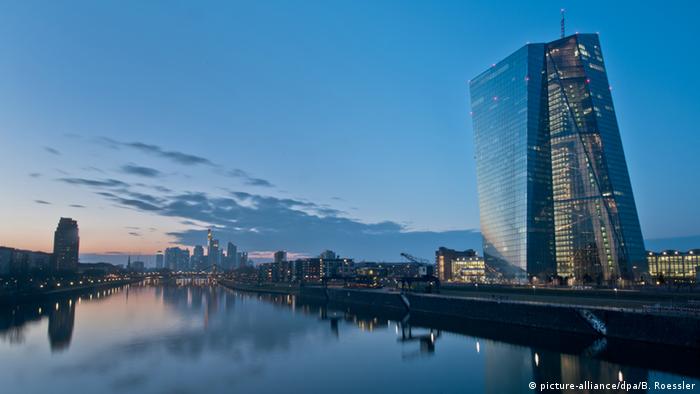 Myriad economic data released in the eurozone on Tuesday show that the 19-nation bloc's recovery is finally gaining traction on the back of the European Central Bank's (ECB's) massive monetary stimulus.

The EU's Eurostat statistics agency said growth in the eurozone expanded 0.5 percent in the fourth quarter of 2016 for a 1.7 percent rise for the full year, exceeding the US economy which gained 1.6 percent last year.

Faster growth came on a spike in consumer demand in France and Spain while Germany's export-driven economy remained on a solid course.

Meanwhile, the eurozone inflation rate spiked to 1.8 percent in January, Eurostat also unveiled, a big leap from 1.1 percent a month earlier, and leaving it just shy of ECB's medium-term target of close to 2 percent.

Despite eurozone growth and inflation slowly picking up pace, the European Central Bank has chosen to retain its ultra-loose monetary policy, arguing it is still needed to keep the recovery on course. (19.01.2017)

Unemployment edging up in Germany

Frosty temperatures in January have led to a slight increase in unemployment in Europe's largest economy, the Federal Employment Agency (BA) has reported. It hastened to add there was no reason to panic. (31.01.2017)

The US economy slowed sharply at the end of 2016 as a plunge in shipments of soybeans weighed on exports. But steady consumer spending and rising business investment suggest the economy will continue to expand. (27.01.2017)

It was the highest rate since February 2013 and came after data in the past two days showed rising prices in Germany, France and Spain.

But core inflation, which excludes volatile prices of energy and unprocessed food, came in only stable at 0.9 percent year-on-year - a slight damper on the hopes of the ECB, which is eager to stimulate growth inflation with ultra-lose monetary policy.

ECB president Mario Draghi has repeatedly stressed he looks past energy price fluctuations to see if underlying inflation picks up in "a convincing way" before he considers changing policy.

Moreover, Eurostat data also showed that the eurozone jobless rate fell to its lowest level since May 2009 in December, with big drops in Spain and Portugal, where unemployment has been rampant since the 2010 debt crisis.

Stronger economic growth helped bring down unemployment in the currency area to 9.6 percent in December 2016, substantially lower than at the height of the jobs crisis when the rate was 12.1 percent.

Youth unemployment, however, was still very high at the end of last year at 20.9 percent, though this was lower than the 21.8 percent posted a year earlier.

The fall in unemployment will add to a growing debate in the euro area about when the ECB should end its massive stimulus that saw it cut interest rates to zero and pump 80 billion euros ($86 billion) a month into financial markets through a controversial asset-buying program.

Talk: The future of the Eurozone

Talk: The future of the Eurozone

EU Economic Affairs Commissioner Pierre Moscovici cautioned that the new economic data still fell short of a full recovery. "The recovery is solid for the fifth year running... but it is still too weak to create all the jobs we need," Moscovici said.

Bert Colijn, senior economist at ING bank shares this view, but said that the ECB would look at the data with "a mix of joy and concern."

"It does show that the economy is moving in the right direction, but it will probably bring out the hawks early," he said, referring to powerful voices in Europe that want the stimulus to come to an end soon.

Germany, the EU's biggest economy, has long grumbled about ECB policy, objecting that the stimulus, along with low interest rates, hurts savers and encourages overspending governments to delay much needed belt-tightening.

But Mario Draghi appears set to remain steadfast in view of such demands as he is unlikely to even consider tapering the program before more positive economic signals later in the year.

Most analysts like IHS Markit economist Howard Archer agree. "The ECB has made it very clear that it wants to see sustained, decisive evidence that underling eurozone inflationary pressures are picking up. Consequently, we suspect that the ECB is not for changing tack any time soon," he said.