Europol has said the "Islamic State" has organized several dozen people in Europe ready to carry out terror attacks. The terror group is likely to hit soft targets to instill fear in the public. 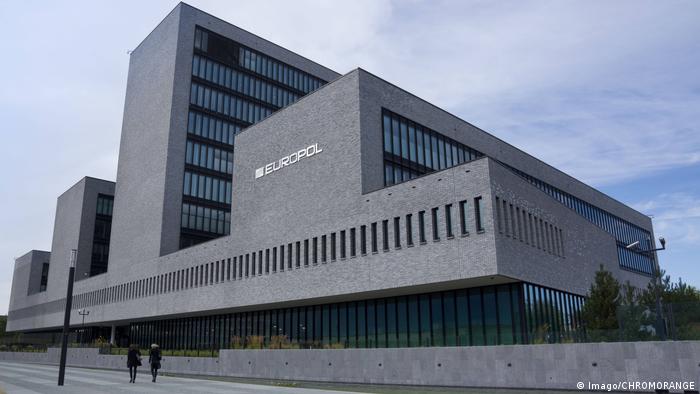 The so-called "Islamic State" (IS) group is likely to carry out terror attacks in the European Union in the near future, Europol said in a report on Friday.

The Sunni extremist group has "both the will and the capability" to strike soft and hard targets in Europe, especially in those countries participating in the anti-IS coalition, the EU police agency said.

"EU Member States that participate in the anti-IS coalition are regarded by IS as legitimate targets," it said, pointing to particular risk in France, Belgium, Germany, the Netherlands and the United Kingdom.

The report warns that as IS is weakened and defeated in Syria and Iraq, foreign fighters may return to Europe with their families, posing a long-term security challenge. Other IS members may move to Libya, which has become a foreign fighter destination as well, potentially using it as a springboard to carry out attacks in North Africa and Europe.

"Given the high numbers of radicalized Europeans who have joined IS in the conflict area, counted in the thousands, their en masse or even sporadic return would represent a long-term and highly difficult security challenge for the EU," Europol said. "Estimates from some intelligence services indicate several dozen people directed by IS may be currently present in Europe with a capability to commit terrorist attacks."

Terrorist networks or lone actors may use tactics developed in Syria and Iraq - including car bombs - to strike targets in Europe, the report said. Attacks may also involve the use of automatic rifles, bladed weapons and vehicles. IS is also interested in carrying out biological and chemical attacks, Europol said, noting the group is reportedly able to produce mustard gas in Syria and Iraq.

Europol said IS is likely to shift tactics to attack soft targets instead of symbolic and better protected targets like police, military and infrastructure.

"Indiscriminate attacks have a very powerful effect on the public in general, which is one of the main goals of terrorism: to seriously intimidate a population," the report said. "This preference for soft targets means that attacking critical infrastructure such as power grids, nuclear facilities and transportation hubs is currently not a priority."

The report said the general profile of IS-inspired jihadists in Europe is typically that of young men with criminal pasts who feel marginalized in society and are not necessarily particularly religious.  It warned of quick self-radicalization, including of those with mental health problems, as well as the role of recruiters.

"The majority of attacks carried out in the name of IS appear to have been masterminded and performed by individuals who were inspired by IS, rather than those who worked with the terrorist organization directly," Europol said.

"Intelligence suggests, however, that IS has also put together teams in Syria which are sent to the EU tasked with carrying out attacks." However, Europol said there was no evidence IS systematically uses refugee flows to enter Europe, but said some have entered the EU posing as refugees.  One factor for not sending highly skilled operatives with refugees is that it is unsure what country the IS member will end up in and whether they may end up in limbo at a camp. On the other hand, Europol warned IS may use irregular travel anyway in order to embed sleeper cells and conceal movements.

"Given that it is in the interests of IS to inflame the migration crisis to polarize the EU population and turn sections of it against those seeking asylum, there is a risk of some infiltration of refugee camps and other groups," the report said, though it added that the extent of this practice was unknown.

It pointed to the refugee-terrorist connection often being exaggerated and exploited by populists and right-wing anti-immigrant parties.

Rather than IS systematically sneaking top operatives in with refugees, the report said a more "real and imminent" danger is the possibility of Syrian refugees becoming radicalized once in Europe and being systematically targeted by extremist recruiters.

Recruitment may be done in person or through propaganda disseminated through internet and social media.

In addition to IS, Europol said al-Qaeda-linked groups in Syria and other countries remain a continuing threat.

The number of people leaving Germany to join extremist militias has dropped dramatically, according to a police report cited by German media. However, officials suspect a change in jihadi strategy also played a role. (17.11.2016)