After a process lasting several months, Pascal Lamy has been appointed director-general of the World Trade Organization. The 58-year-old Frenchman has some tough challenges ahead of him. 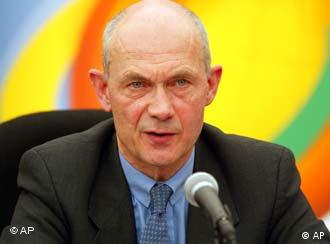 He's got the job, and a lot on his plate

"I think that we have proved that the organization works, that the members take their commitments and their responsibilities seriously and they have come through on a very serious issue, selecting a director general for the organization," she said. 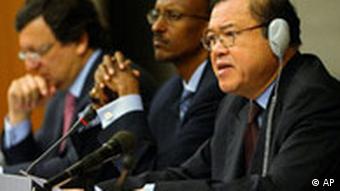 In 1999 the WTO was unable to agree upon a candidate for its director general. After a lengthy, bitter battle, the organization finally split the post between Mike Moore of New Zealand and Supachai Panitchpadki (photo) of Thailand. Each man was given a three-year term. This time around, WTO delegates were able to avoid a similar confrontation.

While serving as the European Union's Trade Commissioner, Pascal Lamy often gave the impression that he would like the EU to do more to cut back its multi-billion-euro subsidies for agriculture. However, politics in Brussels apparently got in the way.

Now he says that concluding the stalled global trade talks known as the Doha Round is his highest priority. The talks have been held up largely by bickering over the highly protected agricultural markets in the US and Europe. When the WTO members in Cancun failed to reach an agreement, Lamy was highly critical. 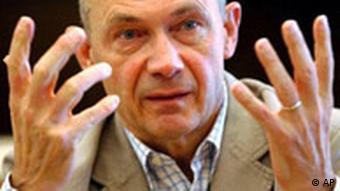 Educated at France's elite universities Lamy has been a close ally of Jacques Delors, the former chief commissioner of the European Union. Lamy has a reputation of being extremely ambitious. When he resigned from his job as the EU's trade commissioner in 2004 he made it clear that he thought he deserved an even more prestigious post.

Despite his image as being a European technocrat and career diplomat, Lamy likes to surprise. In Cancun he discussed trade issues with NGOs for hours wearing blue jeans and a plain shirt. At a WTO summit in Qatar he paid a visit to the "Rainbow Warrior," the trademark of Greenpeace.

At times, he must have regretted saying his medieval remark about the organization and addressed it obliquely when journalists asked him why he wanted the job as head of the WTO so badly.

"I mean, if you need evidence that I was not thinking about pitching for this job, you have one," he said.

As the head of the WTO Lamy will have to show that he no longer represents only Europe or the industrialized nations. Though he was instrumental in brokering last summer's reform of EU farm subsidies, Lamy has also spearheaded European resistance to such change. 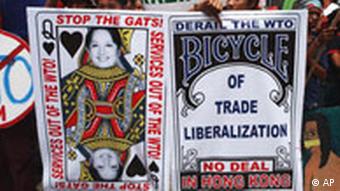 Many WTO members, particularly developing nations, are counting on the Frenchman's qualities as a facilitator and as being just the right person to talk rich nations into opening up their markets for imports from poorer countries.

"What I believe the WTO can do is make trade work more for development," he said. "Build rules and implement them in a way which makes the developing countries feel that they are beneficiaries and not victims of the system. This is, I think, the crucial issue."

Now he faces the daunting task of wrapping up the Doha Round of Free Trade Talks by the end of 2006. His first task will be to prepare for the next ministerial conference in Hong Kong in December. That conference is due to approve a draft deal on lowering trade barriers. 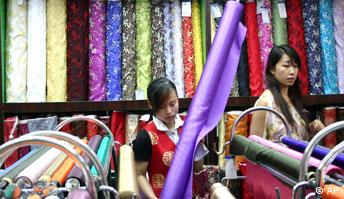 Also looming large is how to handle the growing trade power of China, displayed most recently in its surging clothes and textile exports, which are threatening to unleash a wave of protectionist measures in rival countries, both rich and poor.

He must also handle mounting tensions between the European Union and the United States, the world's two economic superpowers, over subsidies to their main plane makers, which could trigger the biggest trade row ever.

Taxing Chinese Textiles in the EU

China says it will raise taxes on a range of textile exports to calm an ongoing trade dispute with Europe and the United States -- a reaction to new restrictions imposed by the US and threats by the EU to do the same. (May 24, 2005)

The European Union said Thursday it still hopes to resolve a row with the United States over aircraft subsidies without resorting to legal action, despite a new aid request by Airbus which risks re-igniting the dispute. (May 19, 2005)

For more than 10 years Moscow has been applying the join the World Trade Organization. This week, a working group of around 60 countries is meeting again to discuss Russia's accession to the WTO. (Nov. 15, 2004)