Euro banknotes replaced the money of 12 nations on New Year's Day, 2002, a symbolic milestone for the EU single market. Critics say the new, generic design of the notes was a cultural disaster. 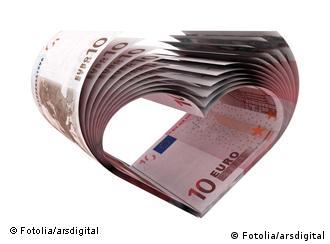 The euro doesn't inspire love, but a single currency can be practical

That a visitor to Euro-land could pay for a baguette in Paris, a museum ticket in Berlin and a taxi ride in Rome without having to change money at the border, is taken for granted today. But ask the inhabitants of the now 17-nation eurozone what the cash in their pockets looks like and the response is likely to draw a blank.

There might, at most, be a vague recollection of bridges, perhaps an old building or church.

"What the notes look like is important. The euro is a tangible symbol of Europe," Hans de Heij, project manager in the cash policy division of Dutch central bank DNB, told Deutsche Welle.

In contrast to the beloved Dutch sunflower on the former 50 guilder note, public response to the euro is "emotionally flat," said de Heij, explaining that people have a hard time identifying with composites of old structures that represent different styles, but no real European architecture.

Dutch market researchers TNS Nipo found that 82 percent of respondents could not even recall any theme at all on the euro notes and only one percent were able to identify the era of the portals on the face of the 50-euro bill as Renaissance. On the five-euro note, barely two percent recognized the style of the generic gate as Classical. On the reverse side of the bills, there is a borderless map of Europe and bridges representing various epochs from classical antiquity to the modern age. 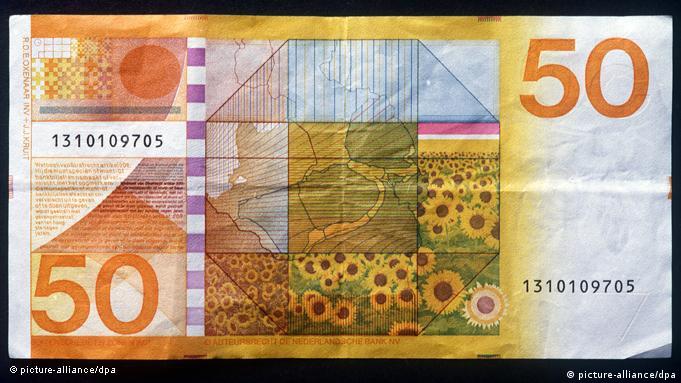 The Dutch had loved their guilder notes with sunflowers. Like the tulip, it's seen as a national flower.

In a survey on preferred euro note themes, anonymous gates and bridges wound up at the bottom of the heap, according to TNS Nipo.

The top choice by far was a concrete symbol such as the Eiffel Tower, Acropolis or sites that tourists all over the world typically identify with Europe. Other popular themes were images of life: animals, plants, flowers and portraits of famous Europeans.

"The famous people or sites didn't have to be Dutch either," added de Heij. But not all Europeans were as amenable as the Dutch when the euro was in the planning stages back in the mid-1990s. 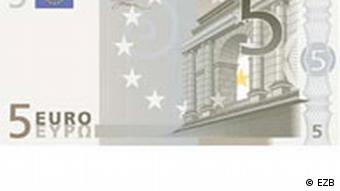 Heiner Treinen, a German sociologist and member of the advisory group on the selection of design themes, said that national pride got in the way of consensus, not unlike the infighting among member states over the future of the common currency now.

"There were too many nations with very nationalistic feelings about their country's symbols," said Treinen, who had represented Germany among an EU which then consisted of 15 member states.

"As nations cede more and more of their sovereignty to Brussels, people have a tendency to cling even more ferociously to their own distinctiveness," he added.

The upshot of such disunity was that when a design competition for the euro was launched in 1996, the images on the banknotes were not allowed to reflect any national bias, period.

Traditionally the former national currencies such as marks, francs or escudos featured inventors, navigators, literary giants and other cultural icons on the notes.

But according to the guidelines, personages such as Beethoven or da Vinci were out of the question, as were historic landmarks like Notre Dame or Sagrada Familia, which Heinen argued were European even though they are French or Catalan as well. 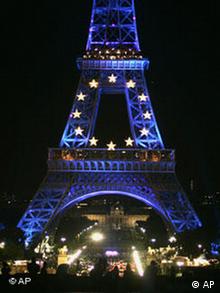 "To me, it was irrelevant who or what from which nation was on the bills, as long as the image was a real, recognizable European icon," he said. But, at the time, his voice was drowned out by the EU cacophony.

Robert Ballagh, a Dublin artist who was selected to submit designs on behalf of Ireland for the competition, said that the "eurocrats who devised rules that were supposed to offend no one," wound up encouraging designs that were watered down to the lowest common denominator.

"The euro is a cultural disaster," commented Ballagh. "We've ended up with the dullest banknotes in the history of currency, designed by a committee."

The artist quickly pointed out that this was not a criticism of euro designer Robert Kalina, an employee of the Austrian national bank. "I'm fully aware that Mr. Kalina also had to work with very unsatisfactory criteria set out by a thick regulation book, a typical EU project," he added.

The "no national bias" criteria meant that even depicting wildlife, fish and plants were forbidden, unless the living organism could be found in all member states of the EU. "I couldn't even design a note with a salmon on it, because that would have been too Irish. It was ludicrous," said Ballagh.

One seemingly obvious solution would have been to have a common European side and a national side to the notes, as with the coins, which are minted by each individual eurozone state. But this was not possible for security reasons, said a European Central Bank spokeswoman who asked not to be identified. 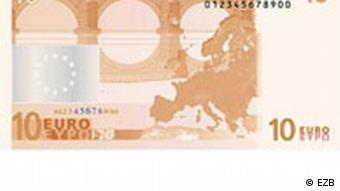 "Security is more important than looks," she said.

Euro banknotes go up to a denomination of 500 euros, compared to coins of which two euros represents the highest value. "If the notes are of a uniform design on both sides, they could be much more easily cross-checked in every eurozone country," she said.

In other words, how could a Portuguese vendor authenticate the national side of a 50-euro Slovakian or Finnish bill?

Matthias Kaelberer, a European monetary expert at the University of Memphis, pointed out that euro notes are at least more consumer friendly than the US greenback, since the different denominations can be distinguished by color. Interestingly the dollar is such a powerful icon in spite of its unspectacular design and looks, because of the stable - historically speaking - institutions that stand behind it.

"It's not a question of how strongly people identify with how a currency looks that is so important, but how much trust they have in its value," he said. 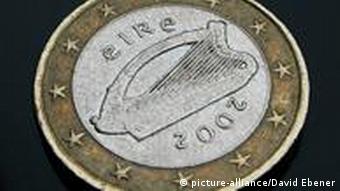 Ireland chose the harp, a Celtic emblem for its euro coins

Besides, Kaelberer said, money is only becoming increasingly electronic, so the bill discussion loses relevance. The irony is that the euro already existed as an electronic currency for three years before it was introduced in the old-fashioned form of notes and coins on January 1, 2002.

The euro, he said, binds Europeans together for its convenience more than anything else. "European identity is there in the sense that it's become normal to pay with the same money across so many borders."

Click on DW's euro anniversary quiz below to find out how much you know.

The German design tradition is world-renowned for high quality and being at the vanguard of innovation. Plans are being made for a new national design museum to honor that legacy. (07.11.2011)

Postcard from Europe: Pining for the D-mark

The news of Greece's financial crisis and its negative effect on the euro is ruling the headlines. It's got many Germans all nostalgic about a dear, departed old friend: the D-mark. Kyle James reflects on bygone times. (29.04.2010)