Three football clubs pushing for a European Super League are reportedly considering legal action. The clubs — which had hoped to stop other teams being promoted or relegated — accuse soccer chiefs of seeking a monopoly. 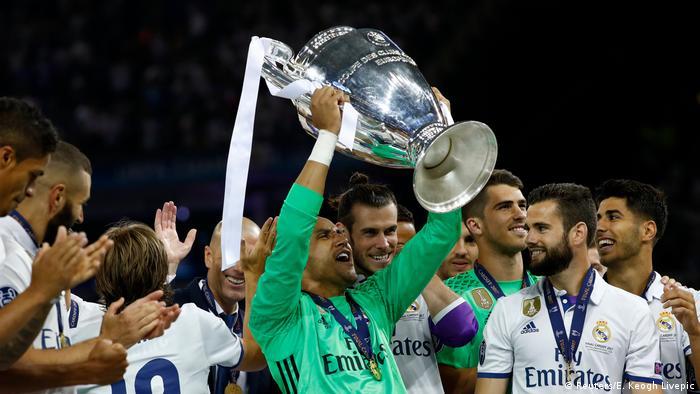 Real Madrid, FC Barcelona and Juventus — the three clubs still behind the Super League — are reported to be planning legal action against football authorities.

The three sides say they want to dismantle a "monopoly" that prevents the creation of rival contests.

What are the clubs hoping to do?

Britain's Financial Times newspaper has reported seeing documents that the clubs are filing with the European Court of Justice.

The newspaper said the sides will ask judges to decide whether European football's governing body, UEFA, can continue to act as a regulator.

They said UEFA should not be able to sanction clubs while profiting from organizing tournaments such as the Champions League, according to the document.

A Madrid court has now referred the case to the European Court of Justice.

It wants judges in Luxembourg to rule on whether the statutes of UEFA and world governing body FIFA, which give them exclusive rights to organize football in Europe, are compatible with EU law.

What would a Super League mean?

The creation of a Super League would fundamentally reshape competition at both a domestic and European level.

Originally, the plan was proposed by 12 clubs to create a league of 15 permanent teams from Europe's wealthiest leagues that could never be relegated.

The proposal was announced back in April, but was swiftly withdrawn. Six English clubs, followed by three from Italy and Spain, pulled out within days after protests from fans, leagues, and governments.

Earlier this month, the Frankfurter Allgemeine Zeitung and Wirtschaftswoche newspapers reported on a new concept being considered by Super League organizers.

It envisions 20 clubs taking part, possibly with a lower division containing another 20 clubs.

There would be no permanent members and — unlike the previous proposal — clubs would continue to play in their domestic leagues.

Last month, UEFA nullified its disciplinary action against Barcelona, Real Madrid and Juventus after a Madrid court ruled that it could not sanction the three clubs for refusing to renounce the Super League project.