Amid the EU's lack of a strong central government to enforce common fiscal policy, a "shadow state" has emerged - a patchwork of agencies that is facing growing criticism as undemocratic and illegitimate. 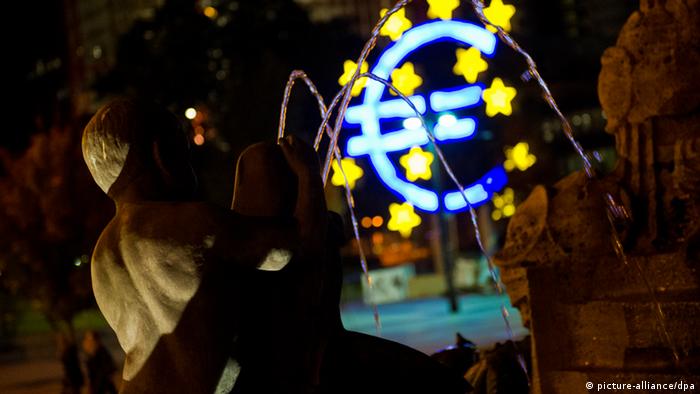 Which cruel ruler is continually forcing new rounds of austerity measures on the Greeks? And which dark power managed to break the resistance of Cypriots in just a few days? The answer is not Germany. It is the eurozone's shadow state.

It sounds like something from science fiction or fantasy, the Star Wars saga or Lord of the Rings. But the term "shadow state" in reference to the euro crisis does not come from a conspiracy theorist, but rather a well-known economist: senior Deutsche Bank advisor Thomas Mayer.

"Within this euro shadow state is a shadow government, the European Council," Mayer said at a recent lecture at the Academy for Civic Education in Tutzing, southern Germany. "There's a shadow executive, the Eurogroup. And there's a task force to implement discipline that was grossly infringed upon. That's the troika."

Europe's biggest economy pays the largest amount in eurozone bailouts, but it's become the symbol of harsh loan requirements. Its bad image highlights the need for further integration of the eurozone, experts believe. (26.03.2013)

The euro would not be viable without this shadow state, Mayer says, because there are only two ways to organize a monetary union. The first is to create a central bank that is truly independent and tasked with nothing but maintaining the stability of the currency. In this case, the member states are sovereign but adhere to agreed-upon rules. That was the original idea behind the Maastricht Treaty, which established the euro as the currency of the European Union.

The end of independence

In reality, no one adhered to the rules, leaving only the second path to a currency union. Under this model, the European Central Bank (ECB) is no longer an independent currency guardian, but rather a political agent. That was made clear when it refused to grant banks in Cyprus further emergency funding until the government in Nicosia could come up with a plan to partially finance its own bailout. It was also made clear upon the earlier announcement of ECB President Mario Draghi that the bank would buy unlimited amounts of government debt from countries hit hard by the euro crisis.

"If the crisis-hit countries don't recover and win back their competitiveness, then the risk premiums will rise regardless of Draghi's promises," said Friedrich Sell, economics professor at Bundeswehr University Munich. "In that case, Draghi will eventually have to negotiate - that's when things will get exciting." Exciting, because the ECB would have to pump so much money into the market that inflation would inevitably increase.

The ECB has become a political central bank financing the debts of its members, and the euro has become "public debt money." For these reasons, according to Thomas Mayer, the ECB needs its own state to fulfill its duties. "If it doesn't have a state, and unfortunately that's the situation in the eurozone, then they could end up constructing a euro shadow state," he said. 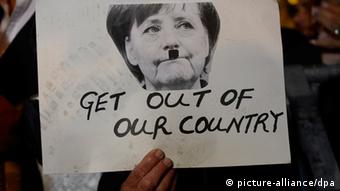 That's exactly what Mayer argues has occurred in recent years. The basis for the euro shadow state comes from treaties that many Europeans have never heard of. Does anyone know what the "two-pack" or "six-pack" agreements are? Is anyone sure of exactly what the "fiscal compact" does? "This network of treaties diminishes national sovereignty and imposes a degree of discipline on states so that they can operate in the system of public debt money," Mayer said.

Yet the shadow state and its rules are coming up against increasing resistance. The government of Cyprus strongly opposed the conditions of its bailout, indirectly threatening the eurozone with its own bankruptcy - although it eventually relented. And Italy recently voted out a government that was never elected in the first place - a rejection of the shadow state, Mayer said, and its representative Mario Monti.

Since those elections in Italy, there has not been a clear majority coalition in parliament, making the country essentially ungovernable. Unemployment in the eurozone is increasing, the economy is shrinking and protests against austerity measures are a near-daily occurrence in Greece, Spain and other debt-burdened countries.

Forerunner to eurozone in Russia?

Mayer said the eurozone's problem is that it is functioning in a system with public debt money and a central bank, but no functional state to go with it - a problem with a historical precedent set in the former Soviet Union.

North against South: Is the eurozone irrevocably divided?

After the collapse of the USSR in 1991, the former Soviet republics attempted to keep their common currency, the ruble. However members of the "ruble zone" failed to agree on a supra-national governance structure that would keep their economic and fiscal policies in line with each other. States then began to compete in extracting credit from their national central banks, resulting in high inflation. The ruble zone began to collapse in 1992 as the Baltic states became the first to abandon the common currency. Russia's own exit a year later solidified the currency union's ultimate failure.

"If we don't manage to uphold the authority of the shadow state, then we're threatened with the fate of the ruble zone," Mayer said. This is also why Brussels prevailed against Cyprus's reluctance in agreeing to harsh bailout terms, Mayer added, and why a showdown with Italy - the eurozone's third-largest economy - could spell the end of Europe's common currency.