European royalty′s next generation | Europe| News and current affairs from around the continent | DW | 28.04.2013

Queen Beatrix of the Netherlands has passed the crown to her son. The next generation is waiting in other European monarchies, as well, but a sudden surge of new faces on European thrones is unlikely. 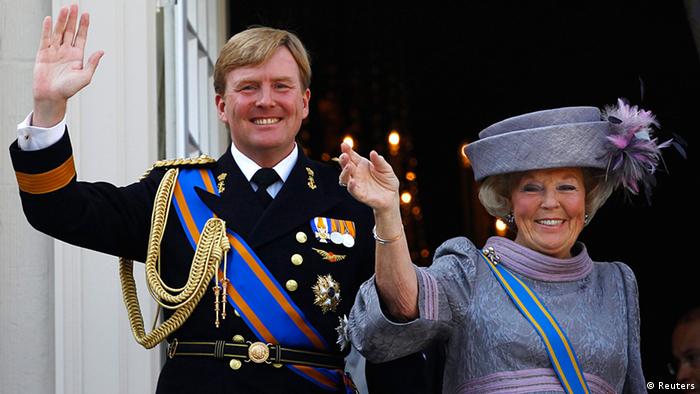 After 30 years on the throne, Queen Beatrix of the Netherlands declared in a televised address in January, shortly before her 75th birthday, she would abdicate on Koniginnedag (Queen's Day) on April 30, 2013. "I am abdicating not because my duties are becoming too burdensome, but because I am convinced that it is time for the responsibility for our country to pass to a new generation," Beatrix declared matter-of-factly. "On 30 April this year, with the utmost confidence, I shall hand over the duties of the monarchy to my son, the Prince of Orange."

For many Dutch and monarchy fans in all of Europe, the step didn't really come as a surprise, as Beatrix's mother and her grandmother had also relinquished the crown to make way for the next generation.

Senior citizens on the throne 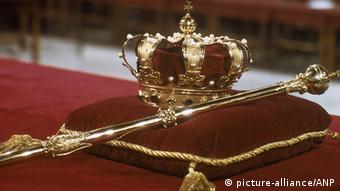 Beatrix will soon relinquish the Dutch crown and scepter

In the other reigning monarchies in Europe, the kings and queens are well past retirement age as well. There will be a lot of passing-on-the-scepter in a few years for biological reasons alone. Spry British Queen Elizabeth II recently turned 87. Her son Charles has been waiting for a long time and, at 64 years of age, is about to become a grandfather. Denmark's Queen, chain-smoker Margrethe II is 73 years old, and her son Frederick is 44. At 76, introverted King Harald of Norway is one year ahead of Beatrix; his son and successor Haakon is 40 years old. In Sweden, King Carl XVI Gustaf, 68, manages to hang on to the crown, despite his various sexual affairs having been made public. His daughter Victoria, 35, is much more popular with the subjects and would be accepted as queen immediately.

In Belgium, almost 80-year-old Albert II holds the reigns. His son Phillipp is 53 and has already taken over numerous tasks from his father. In Spain, the monarch is under a lot of pressure from the "real world," because he is suspected by some of being involved in a bribery scandal. King Juan Carlos, 75, is in poor health and, after a slew of extramarital affairs, far from the popular monarch he once was. Crown prince Felipe would like to supersede his father, but "the king will never abdicate." At least that's what Juan Carlos' wife Queen Sofia says about him. 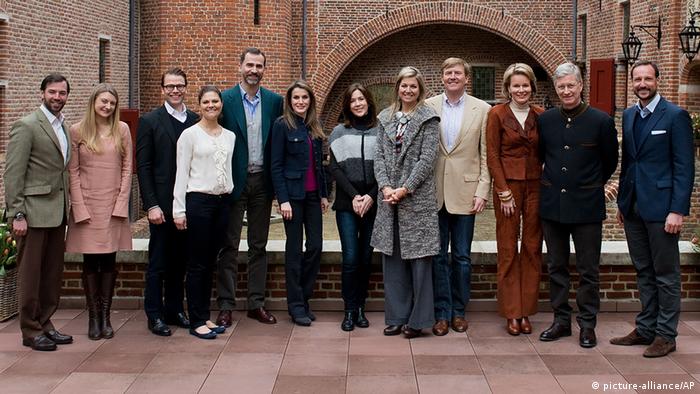 Historian and royalty expert Monika Wienfort from the University of Braunschweig in northern Germany does not believe that the people want to get rid of elderly monarchs.

"I don't think that the people in these countries prefer to see the young princes and princesses more often," said Wienfort. "I rather believe that by taking on responsibilities on the regional level, the heirs to the throne simply perform a certain function already."

The more or less young royal children grow into their responsibilities and are by no means unemployed or bored, added Wienfort: "The way it's handled now also solves the problem of the structural lack of purpose for the heir apparent and their spouse." 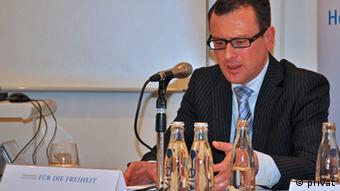 More royal abdications like the one in the Netherlands aren't impossible. Every king or queen has the right to step down from the throne. If the pope can do it, so can the crowned heads of Europe, historian and monarchy researcher Rolf-Ulrich Kunze says. But just because they can does not mean they are likely to do so, as Kunze pointed out to DW: "It's hard to tell whether one of them would, because it's always connected to very personal constellations, to the family situation in the royal dynasties. And this has less to do with structural things like constitutional questions."

The Netherlands are not a model for the British monarchy, according to Kunze. While the Dutch look at their monarch as a functional head of state with political tasks, the British Queen, who has been on the throne for nearly 61 years, epitomizes the national identity. "They're very different cases. The two dynasties have taken different paths because of the functions they fulfill in their respective countries," Kunze said. 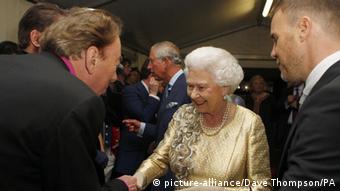 Queen Elizabeth II has been on the throne for 60 years

"The subjects are enjoying it"

The parliamentary monarchies in seven European countries aren't going anywhere in the near future, according to royalty historian Wienfort. "I believe most citizens in monarchies are actually enjoying their royals. In the Netherlands for example people are looking forward to the Koniginnedag, when Beatrix will abdicate, as a big celebration."

There are no serious intentions to get rid of this form of government in any of the countries, only small protests by republican-minded groups, Wienford explained. "Every now and then, these groups are looking for a way into the spotlight. But they don't actually stand a chance in achieving a turn away from the monarchy."

Monarchism has survived in Europe in places where there were no revolutions or uprisings like the ones in France, Italy or Germany. In the worst-case scenario, fallen kings and queens could always move in with their relatives abroad, because all of Europe's royal families are somehow related to one another and to German aristocracy.

Close relations between Netherlands and Germany

The Dutch royal dynasty Orange-Nassau is basically a German family.

"The relation couldn't be closer," said Kunze. "We can hear this each time the Dutch national anthem, the 'Wilhelmus,' is sung, where it says 'William of Nassau am I, of German blood.'" 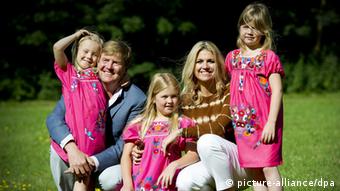 The next two generations of Dutch rulers: Willem-Alexander and his family

The dynasty's founding father, William of Orange-Nassau, is from Dillenburg in today's state of Hesse. He inherited the tiny French principality of Orange and so rose through the ranks of high nobility. "The relationship with Germany has been close since the early modern age, and it has remained close through marriages," Kunze said.

The husbands of the last three Dutch queens were all Germans. But the new king, Willem-Alexander, has broken with this spousal tradition. His wife Maxima is a "commoner" from Argentina.

Most of India's royal families do not enjoy the same privileges as they did long ago. But many among them, especially women, are now playing an important role in the development of society. (28.09.2012)

Royalty from around the world flocked to one of Europe’s smallest countries on Saturday as Luxembourg’s heir-to-the-throne tied the knot. This was Luxembourg’s biggest royal event in years. (20.10.2012)