An alliance of tech giants and internet activists lost a battle against content creators seeking more protection for their work. The vote by European lawmakers to reform EU copyright law could redefine internet freedom. 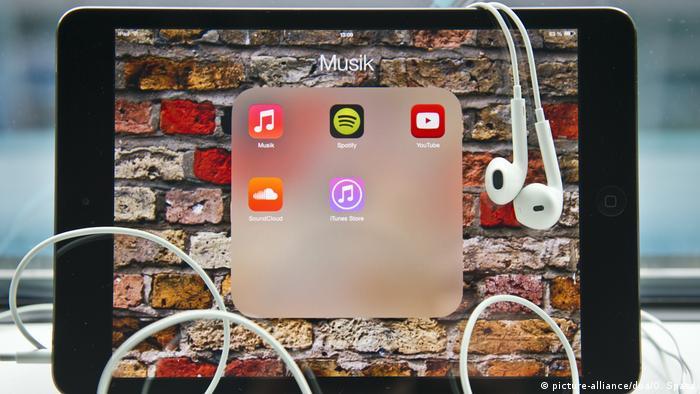 A multi-year battle that saw media organizations and creative individuals seeking content protection face off against against big tech and internet-freedom activists came to a head in Strasbourg on Wednesday, when the European Parliament voted to update copyright legislation for the age of content-sharing platforms.

MEPs voted 438-226 with 39 abstentions in favor of the EU Copyright Directive that is set to give more power to artists, news and traditional media companies as opposed to tech giants like Facebook, Microsoft and Google.

"This is a good sign for Europe's creative industry," said German MEP Axel Voss, who helped move the bill along through parliament.

MEPs voted on a range of conflicting amendments prior to the vote, making the make-up of the final draft law not immediately clear.

Two contentious proposals were at the heart of the drama: Article 11, which covers the rights of press publishers, would see newspapers, magazines and other such agencies receive a fee when content platforms link to their stories, so-called "neighboring rights"; and Article 13, which would hold content distributors like YouTube liable for copyright infringement committed on their platforms, an attempt to ensure content producers don't get ripped off.

The law's critics fear that Article 11 will be unworkable and Article 13 could lead to "upload filters," or algorithms that would give tech giants control over what content appears on their platform, effectively censoring information. They warn that overly cautious algorithms could also ban content even when it does not breach copyright law, known as "overblocking." They also warn of the cost that such a requirement would have for smaller publishing platforms.

Internet activists additionally worry that if the directive were to go through in its unaltered form, it would run counter to the web's founding principles of free-flowing information — and, as the rap artist Wyclef Jean suggests, make it harder for people to find new culture and talent.

Artists on both sides

Since it was first proposed in 2016, the copyright directive has become a battleground for artists. Many want to stop internet platforms from freely hosting their content, and internet activists, who fear the vaguely-worded rules will crush freedom of expression on the internet.

Jean, a former member of American hip-hop group The Fugees, was present in Strasbourg on Tuesday ahead of the vote. As a musician, he unusually stands on the side of the tech giants and internet activists in the fractious debate that has generally pitched the tech giants against media organizations and artists.

"I've worked with so many young artists ... who have sampled my music and succeeded," Jean said in a press briefing on EU copyright at the European Parliament on Tuesday. "Upload filters or anything else that restricts this will stop artists from making and creating the future."

Jean-Claude Moreau, chairman of the Society of Authors, Composers and Publishers of Music, which supports the reform, said artists would "prefer no directive to a bad directive."

"Freedom means we have to respect also the authors ... because the creators must [make] a living off their works," Moreau said at a protest outside the European Parliament on Tuesday.

"We want the internet to be an accelerator, not a brake," he added.

Former Beatles musician Paul McCartney has also been an outspoken supporter of the copyright reform, highlighting the "value gap... between the value these platforms derive from music and the value they pay creators."

On Wednesday, more than 200 amendments to the bill were discussed in a flurry of effort to find compromise between the demands of content creators and the rights of users.

"I think last time most members rejected the proposal because they were convinced Article 13 is bad and that it's not a good idea to scan content prior to the upload," said Tiemo Wölken, a German member of the European Parliament, who brought forth his own amendments.

"My idea is to say if a platform is performing actively — so, organizing and optimizing content to earn money — they are liable," Wölken said. "And, if a right holder requests to conclude a license agreement with the platform, the platform has to enter into a fair an appropriate licensing agreement."

Before existing copyright laws can be updated, however, the approved copyright law bill will now pass for approval to the European Commission, the EU's executive arm, and the leaders of the EU's 28-member states.