European leaders have assembled in the Hungarian capital Budapest to mark the 20th anniversary of the symbolic fall of the Iron Curtain that divided the continent during the four tense decades of the Cold War. 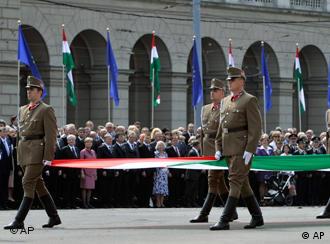 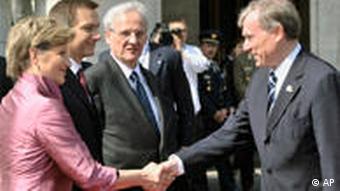 Heads of state and government of over a dozen European nations including Germany, Austria, Finland, Slovenia and Switzerland, as well as top officials from Poland and Britain, were among dignitaries from more than 20 countries joining a commemorative session at the Hungarian parliament.

German President Horst Koehler thanked Hungarians for their solidarity with the East Germans and their contributions to German unity.

"I would like to express my gratitude to the Hungarian people for their bravery, attitude and support toward the East Germans," he said. 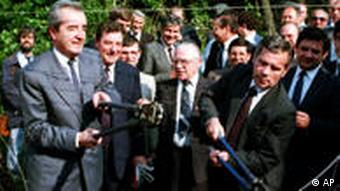 Two months later, on August 19, some 600 East Germans escaped to the West during a picnic for peace organized at the Austro-Hungarian border during a period when the border gate opened for three hours.

In reality, Hungary had already begun to dismantle the Iron Curtain nearly two months earlier, on May 2, 1989.

Still, photographs of the symbolic cutting of the wire were published around the world, inspiring some East Germans to leave their country. Those who fled found temporary refuge in Hungary, Poland or Czechoslovakia while waiting for an opportunity to travel to West Germany.

By the end of that summer, thousands of East Germans were camping in tents on the grounds of the West German embassy in Budapest and in several other parts of the city. Most of the refugees made their way to West Germany by September that year.

A triumph for the people 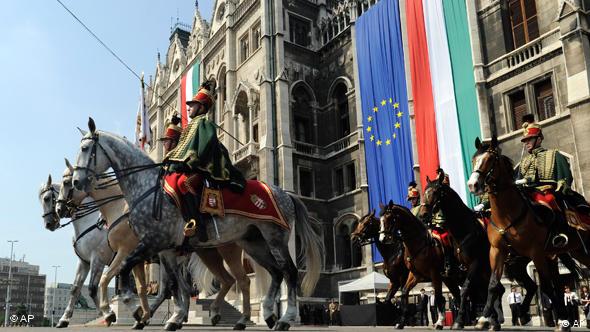 The Berlin Wall finally fell on Nov. 9, and Germany's reunification was formalized in October 1990.

"Looking at the entire chain of events, we rightfully and deservingly celebrate June 27 as the day in which the partitioning of Europe came to an end," said Hungarian President Laszlo Solyom, inaugurating Saturday's special session in parliament.

"We have every reason to celebrate together," he said. "The cut barbed wire fence was an immediate symbol that helped the whole world understand what was happening here in the center of Europe."

At a memorial on the border with Hungary on Friday, Austrian Foreign Minister Michael Spindelegger had characterized the events of 1989 as "the great triumph of the citizens of the former Eastern Bloc states."

East Germans feared the worst as they watched China's pro-democracy crackdown on West German TV 20 years ago. But their revolution turned out to be peaceful, thanks to Glasnost and the role of Protestant churches. (03.06.2009)

Steinmeier honors Eastern Europe's role in bringing down the wall

Foreign Minister Frank-Walter Steinmeier is visiting the Czech Republic and Hungary to pay tribute to Germany’s eastern neighbors and the contribution they made to the fall of the Berlin Wall 20 years ago. (31.05.2009)