European dreams in tatters for UK students | Europe | News and current affairs from around the continent | DW | 26.04.2017

Edward Dean’s parents voted to leave the EU - while he was studying to become a diplomat in Brussels. Brexit has shattered his and his fellow students' dreams at the College of Europe in Bruges. Maria Christoph reports. 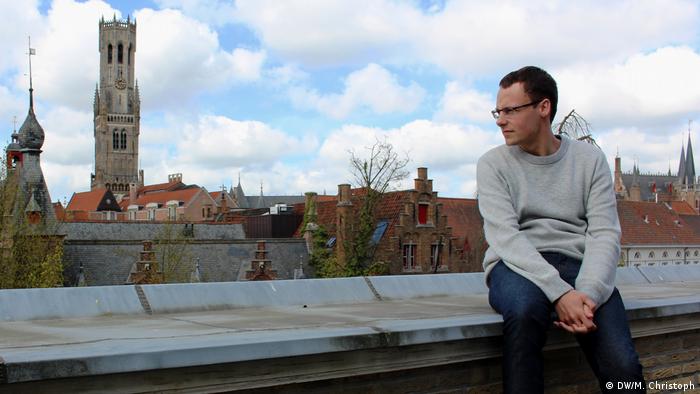 The European flag flies high above the entrance of the College of Europe, an inconspicuous building on the banks of the Dijver-canal in the center of Bruges. The sound of horses' hooves clattering over the medieval cobblestone streets is ever-present and tourists take snapshots of historic sights. Inside the university, future European diplomats debate the course of the continent.

Each year, the school produces close to 500 new talents to fill the offices of the large European institutions in Brussels.

After the Brexit referendum, the dreams of many British students such as Edward Dean, 24, have been shattered. A master's degree in European law seemed to guarantee him an exciting career at the European Commission's Legal Service. Now he has to forge a Plan B.

Dean remembers the day of the UK's referendum very clearly. The 24-year old was flying back from Brussels to England where he was greeted by thick rain clouds and a never ending drizzle. Upon touching down, he turned on his phone and was bombarded with messages from friends all in shock. In only 8 weeks, Dean was due to begin his studies at the elite school for EU officials. That is why he started learning French two years ago. That is why he qualified as a barrister after studying political science and economics in London.

Life in a microcosm

A cool breeze blows across the college courtyard, where a few students are singing Scott McKenzie's "San Francisco" under the shadow of an evergreen magnolia tree. Dean has fallen in love with this place and the city of Bruges, even if it can have a depressing effect in winter, he says. Sometimes it seems to him as if he is living in a European microcosm, far away from political realities.

"Here, everything is extremely democratic," Dean told DW. "We hold elections on everything, including everyday matters such as the heating of the canteen during the summer months."

But Dean is no dreamer. He is a pragmatist. He's a Tory member and supports center-right politics. He's also critical of the influence the EU has on his home country. Nevertheless, he sees great value in EU membership. Dean admits that there are not many students in Bruges questioning the concept of the union quite so critically as he does, but he thinks that this might be the reason why they chose him: The Union needs to be able to deal with criticism; now more than ever. 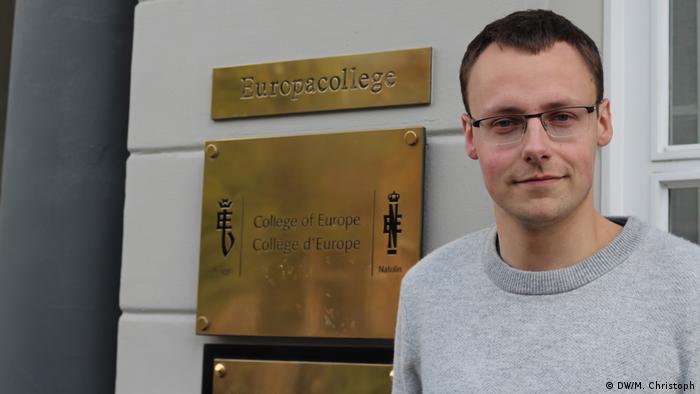 Dean's parents, radiologists from the south-west of England, voted to leave the EU. They knew full well that this would put their son's professional future in jeopardy. Dean says that his parents and many from their generation have taken away a lot of opportunities for young people like him. He has not talked to his parents about it and a U-Turn seems unlikely.

Dean loves to travel. To him, first and foremost, the EU means freedom of movement. "The problem is that we Brits have never enjoyed traveling much," he says. Only after joining the EU and encouraged by pan-European programs did more and more young Brits go out to study, work and live in other countries.

With early elections called by Theresa May for June 8, which she is likely to win, Brexit might be even harder than already expected. Students like those at the College of Europe in Bruges will be impacted mainly through reductions in state subsidies. The tuition fees amount to 24,000 euros for the 10-month program. 70 percent of the students get assistance in the form of scholarships from their national governments, who in return view this as an investment into the country's future in Europe. This is no longer the case for Britain.

"It has been noticeable this year when interviewing UK applicants for places at the College how many of them really do regret the fact that Brexit will close down the option of career in EU institutions," David Phinnemore tells DW. Originally from Queen's University Belfast, he teaches European Politics at the school. "The obvious advice to students is that there are other options;whether in the UK civil service dealing with Europe or in the Brussels beltway with pressure groups, lobbyists, legal firms, consultants," he says. 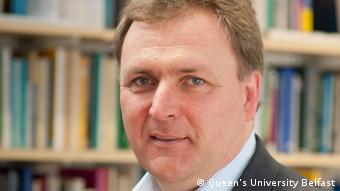 Currently there are 11 British students in Bruges including Dean. "Most Brits don't want to go back to England," he says. While there are many back home in England who are skeptical about the EU, students here in Bruges have a very positive, enthusiastic picture of the Union; some support even deeper European integration, with a more  powerful and influential Brussels.

One of those is Christopher Powers, 24, also a graduate from the College of Europe. He heads a group called the "Young European Movement." According to him, a hard Brexit would also mean a huge loss for UK's elite universities. The realities of Brexit have already caught up with Powers, who is currently a doctoral candidate at the University of Cambridge, focusing on the history of British youth and EU integration. After the referendum, he says, partners at fellow institutions across Europe were holding back in terms of funding bids due to uncertainty. Powers is now lacking the financial support required for his research and says that he sees his future in the UK only if he gets the necessary funding.

Edward Dean, meanwhile, is heading to Brussels at the end of the year. A job at a renowned law firm awaits him. Dean has specialized in competition law to increase his job prospects. "What would be the worst-case scenario? That they decide to kick me out of Belgium in 2019, after the exit negotiations." But Dean has a plan for this as well: he wants to become a politician and help to push the UK in the right direction.