Russia has been reprimanded for its 'inhuman' handling of a 1940 massacre of thousands of Poles. The European Court of Human Rights said it was unable to issue a complete ruling, because Moscow failed to cooperate. 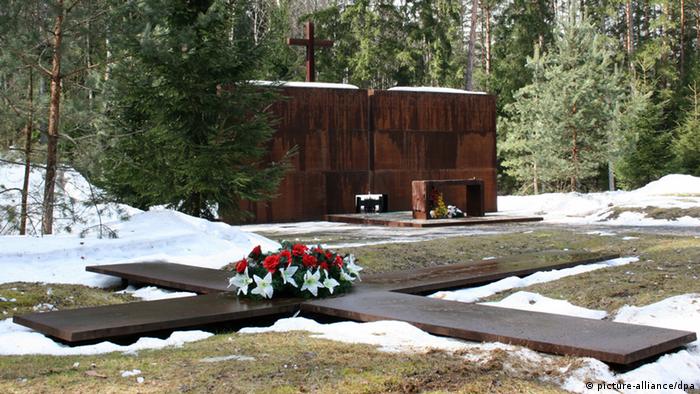 In the case brought by 15 relatives of people killed in the 1940 Katyn massacre, the Strasbourg court said Russia violated its commitments to the European Convention on Human Rights.

Moscow's "response to most victims' relatives' attempts to find out the truth about what happened ... amounted to inhuman treatment," the court stated.

However, it said it could not rule on a further charge - that Russia had allegedly failed to properly investigate the 1940 massacre - because the Kremlin had not made vital documents available.

Russia, a successor state that emerged from the Soviet Union, had rebuffed the 15 plaintiffs in their efforts to get information from a probe into the massacre.

The Soviet secret police killed around 22,000 Poles in the Katyn forest near Smolensk and other places in April and May 1940. The massacre, in which Poland's intelligentsia was virtually wiped out, is viewed as a national tragedy by Poles.

The Strasbourg court said the Russian authorities did not provide the plaintiffs "with any official information about the circumstances surrounding the deaths, nor made any serious attempts to locate the burial sites of the relatives."

The Russian Justice Ministry called the decision a "good result."

The Kremlin only admitted its responsibility for the massacre in the final years of the Soviet Union. It opened an investigation into the events in 1990 and closed it in 2004 without making the results public.

"It is not for the first time that Russia has a problem with following the standards of a European state of law," said Poland's justice minister, Jaroslaw Gowin, on Polish TVN24.

Compensation for the relatives of victims was not an issue in the case.