Having trailed Odds BK by three goals, Thomas Tuchel's men won't have many complaints about the end result. A winner from Henrikh Mkhitaryan puts the Bundesliga side in pole position for a spot in the group phase. 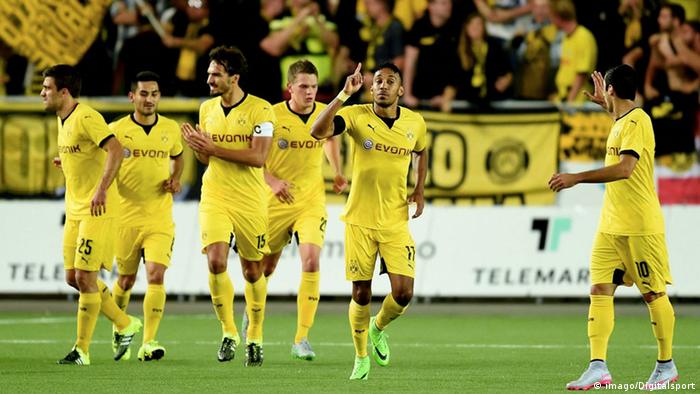 Borussia Dortmund survived a massive scare in Norway, coming from three goals down to beat Odds BK in the first leg of their UEFA Europa League playoff.

With the Norwegian side leading 3-0 inside 25 minutes, Pierre-Emerick Aubameyang started the fight back on just after the half-hour mark. Another goal from the Gabon striker, one from Shinji Kagawa and a late winner from in-form Armenian forward Henrikh Mkhitaryan gave the German Bundesliga side a first leg win.

The squad that Thomas Tuchel picked for the trip to the south of Norway was without Marco Reus and Lukasz Piszczek. The former wasn't injured according to the Dortmund coach, but the decision to leave him in Germany was taken because of the artificial surface that the teams would play on.

Piszczek was replaced by Gonzalo Castro at right-back, whilst Sven Bender came in for Julian Weigl and Kevin Kampl claimed a starting position. But before Dortmund had time to settle, the Norwegians were headed into the lead by Samuelsen after Castro was exposed at right full-back.

Once the proverbial shock had been registered, Kagawa smashed a right-foot shot against the crossbar in the hunt for the immediate equalizer.

But on 20 minutes, Odds BK doubled their advantage when Nordkvelle charged through the heart of the defense and tucked the ball into the corner past the reach of Roman Weidenfeller, Dortmund's number one for the evening.

Weidenfeller caused an almighty calamity two minutes later when defender Espen Ruud made it 3-0 for the home side. It was the earliest that Dortmund had fallen 3-0 behind in the European competition. 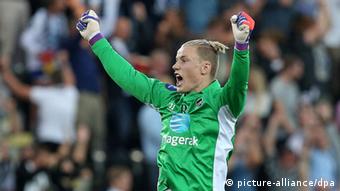 While Dortmund's poor defending was less on show, showing the composure in the last-third to draw back into the game was another problem. However, in the 33rd minute, Ilkay Gundogan's shot from range was spilled by Sondre Rossbach and Aubameyang poked home the rebound.

Tuchel went back on his right-back experimentation and introduced Sokratis at the break. The visitors started with purpose and pulled one back through Kagawa who capped off a fine performance with a rifled volley from eight yards out.

By the hour mark, it was one-way traffic. Dortmund's quick combinations that blew away Borussia Mönchengladbach were back on display, as Aubameyang struck the post on 67 minutes. Even though he passed up a great chance from essentially the goal line two minutes later, the striker wouldn't be denied his second.

On 77 minutes, left-back Marcel Schmelzer dribbled down the left, cut the ball back and the move was finished by Aubameyang.

Three minutes later, Gundogan fired a shot from close range against the crossbar with the Germans on the hunt for the winner. And it came, five minutes from the end. Mkhitaryan scored his seventh competitive goal of the season to put the Bundesliga side in a comfortable position ahead of the return leg next week with a place in the group stages up for grabs.