Pierre-Emerick Aubameyang returns to Germany to face Eintracht Frankfurt in the Europa League boasting a phenomenal goalscoring record with Arsenal. But will the hot-shot striker get the trophies his talent deserves? 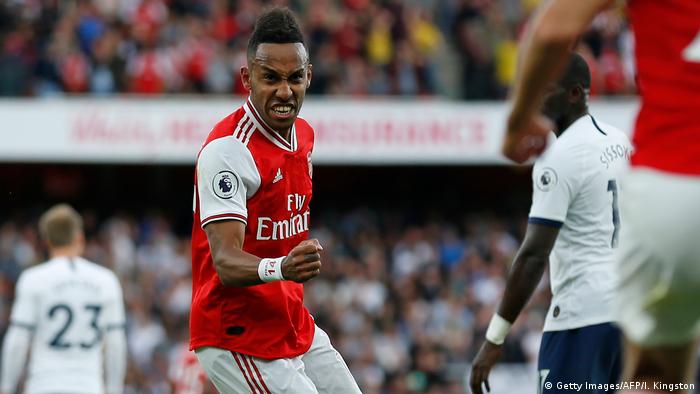 When Pierre-Emerick Aubameyang netted Arsenal's opening goal of the season with a delicate dink against Newcastle United it was the Gabon international's 33rd in just 50 league matches.

It marked the equal fifth most prolific start to a Premier League career, behind the likes of Alan Shearer and Mohamed Salah.

Aubameyang's statistics have exploded since making the move to England 18 months ago, scoring 46 goals in just 70 matches across all competitions.

Arsenal fans are witnessing one of the world's top strikers in action and on Thursday Aubameyang returns to Germany for the first time since he left. He and Arsenal face Eintracht Frankfurt, but unfortunately not in the competition his talent deserves.

At Dortmund, Aubameyang was converted from a left winger to a central striker and he terrorized defences both in the Bundesliga and Champions League, scoring an impressive 141 goals in 213 matches. 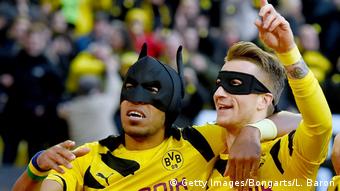 Aubameyang formed a great partnership with Marco Reus at BVB

That he's replicated that form, whether from the wing or in a more central role, in the supposedly more competitive environment of the Premier League rubber stamps his world-class status.

However, he's been continually let down by a porous Arsenal backline under Unai Emery. Arsenal have conceded eight goals in their first five games - the second most in the top seven.

"I feel like we are literally giving goals to the opposition," Aubameyang lamented after Arsenal coughed up a two-goal lead to eventually draw 2-2 with Watford last weekend.

"I'm not going to say it's someone's fault. But it is a shame to concede goals like we did."

Defensive mishaps are largely the reason Arsenal are once again playing in the Europa League this season instead of the Champions League. It brings into question whether a move to north London was the right choice for Aubameyang.

If Arsenal fail to re-qualify for the Champions League this season then Aubameyang could be tempted to reconsider his future. Having scored 228 goals in 380 matches over the past seven seasons, the forward is clearly competing at a level equal to Europe's elite forwards. The problem is, he's not on the same stage as many of them. 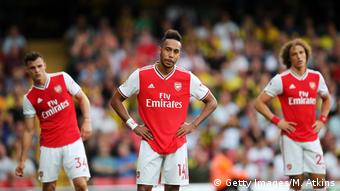 "Whatever happens, the most important aim for is to be back in the Champions League," he said at the start of the season.

Winning the Europa League could be Arsenal's best route back into the competition, and as such their best chance at retaining their star man.

That quest starts with an away trip to Eintracht Frankfurt, who made a surprising run to the semifinals last season. The Bundesliga side has since been gutted and face a tough task stopping Aubameyang.

It's worth noting that Aubameyang's returning to a favored stomping ground. In the 10 matches he played for Dortmund against Eintracht, Aubameyang scored eight goals and won seven times. He's only scored more goals against one other club (Hamburg).

"We have to stop him as a collective. We have to stop the service to him and deny him the space he needs," Frankfurt defender Danny da Costa admitted.

A lot of expectation will certainly fall on Aubameyang against Eintracht, with Alexandre Lacazette ruled out through injury and Mesut Özil not included in the squad.

Arsenal's defense may continue to hamper chances of success for Aubameyang, but the pacy, fleet-footed forward's free-flowing production of goals have the potential to negate any weaknesses. If Aubameyang keeps scoring then Europa League glory, and justification for moving to the Gunners, remains a possibility.