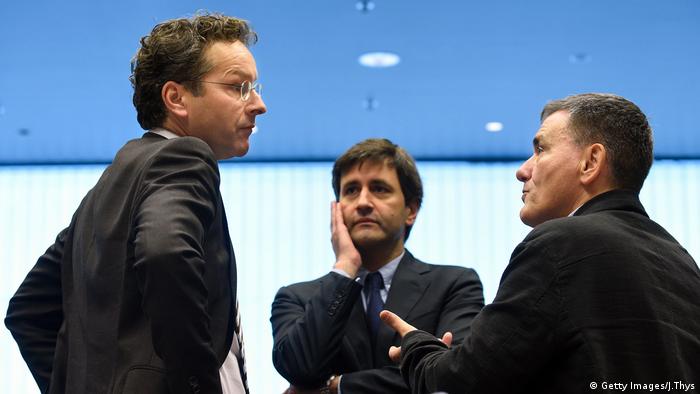 Athens' decision to pay out bonuses to pensioners prompted Eurozone members to freeze short-term debt relief to Greece. Poverty-stricken pensioners jumped at the hand-out, waiting in long lines to cash their checks.

The finance ministers, known collectively as the Eurogroup, issued a statement on Saturday saying that Greece's creditors had agreed to continue talks. This happened after the lenders received a written reassurance from the country's finance minister confirming Athens' commitment to its economic reform program.

The Eurogroup is the recognized collective term for informal meetings of the 19 EU finance ministers of countries which have adopted the euro as their official currency.

Dijsselbloem expressed relief that the discrepancy had been resolved. "I'm happy to conclude that we have cleared the way ... to go ahead with the decision-making procedures for the short term debt measures, which will be conducted in January," Dijsselbloem said.

Greece's left-wing Prime Minister Alexis Tsipras defended the payouts to pensioners and other pre-Christmas perks, saying they were justified because the country had exceeded its targets for spending cuts and tax revenues for the past year.

The financially battered Mediterranean country agreed to austerity measures, including pension reforms, as part of economic bailout agreements. The latest bailout agreement agreed in August 2015 is worth 86 billion euros ($90 billion), but is doled out in stages in case the country reneges on its commitments.

In 2010, the so-called troika: the International Monetary Fund, the European Central Bank and the European Commission issued the first of two international bailouts for Greece, which would eventually total more than 240 billion euros.

Greece has seen an explosion of poverty since the start of the financial crisis. Nearly a quarter of the country has been thrown out of work and is no longer receiving state benefits.

The government's Christmas payout was granted in advance of more pension cuts that are due to take effect in 2017.

In central Athens, pensioner Constantinos Skouras said he didn't qualify for the new benefit but was happy for those who did. "It's a bonus that will help low income pensioners do some shopping for the holidays - for Christmas - to give something to their grandchildren," he said. "In any case, whatever they (the government) can give is good."

Athens has approved a measure to give poor Greek pensioners a controversial Christmas bonus from the government. Following years of pension cuts, however, Greek pensioner associations have rejected the one-off payment. (16.12.2016)