The head of the Greek central bank has urged quick decisions on how to provide more debt relief to the ailing southern eurozone country. He appeared not to trust the government's economic growth targets. 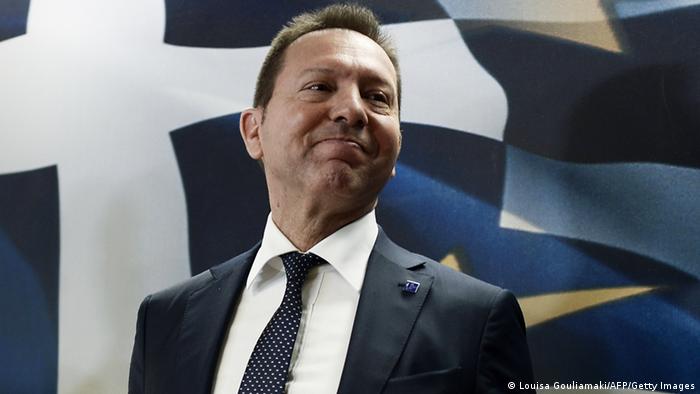 In an interview for the German business daily "Handelsblatt," Greek central bank chief Yannis Stournaras demanded Monday that international lenders take fast decisions on how to help his country whittle down its enormous debt load.

He spoke of a couple of soft measures to make it easier for the government to manage the debt burden, saying one these could be to prolong the maturity of bonds.

Stournaras explicitly disagreed with German Finance Minister Wolfgang Schäuble, who had said that he saw no need for a fresh Greek debt debate right now. "This is a rather extreme risk interpretation," the central bank chief quipped.

Stournaras warned relevant decisions must not be delayed as the International Monetary Fund's participation in the current aid program depended on them. He said it was vital for the IMF to stay onboard. "This would lend the program more credibility," he argued.

The budget presented by the government in November indicated Greece must register primary surpluses of 0.5 percent of gross domestic product (GDP) this year, 1.75 percent in 2017 and 3.5 percent in 2018.

Governor Yannis Stournaras insisted that the 3.5-percent target for 2018 was completely unrealistic, thus echoing the view of IMF officials.

Because of the difference of assessment, the IMF had said it wouldn't give a penny to the latest bailout until it saw a concrete plan from the Europeans to substantially cut Greece's massive debt burden.