The European Court of Justice ruled that individuals cannot sue the EU over inaction in the climate crisis. Lawyers for the "People's Climate Case" have vowed to appeal the decision. 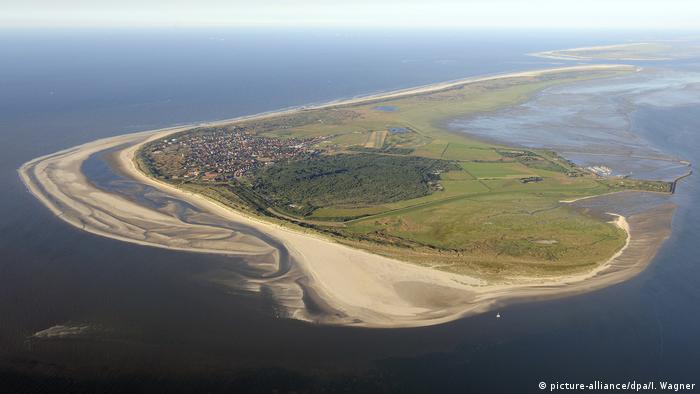 The European Court of Justice (ECJ) has rejected a case brought by 10 families against the European Union. The families claimed that the bloc's inaction on climate change was harming their homes and livelihoods, lawyers said on Wednesday.

Plaintiffs from the EU, Kenya, and Fiji had filed the case in May of last year, saying climate change had already seriously impacted their lives and damaged their ability to make a living.

The plaintiffs included a family from the German island of Langeoog, who said those living on small islands would be the first to lose their homes to rising sea levels. There was also a family from the Italian Alps who said that a shorter winter was leading to fewer tourists coming to the region for winter sports, a Swedish reindeer herder, and a Portuguese forester who lost a large portion of his property to wildfires in 2017.

'People's Climate Case' will be appealed

Lawyers for the "People's Climate Case" have said they will appeal the decision by the ECJ that individuals cannot sue the European Union for its environmental policy.

The judges found that "every individual is likely to be affected one way or another by climate change," but that this was no legal grounds to file a complaint against the EU.

"Since we launched the case, impacts of climate change got worse and worse," said Sanna Vannar, the reindeer herder. "This is not just a case. It is about protecting our rights and future."

The EU has vowed to reduce its greenhouse gas emissions to pre-1990 levels by 2030, but experts warn that the earth is still likely to warm by an average of 3 degrees Celsius (5.4 degrees Fahrenheit). This will have catastrophic consequences including widespread wildfires, the flooding of coastal regions, and a mass extinction of animals and plants.

The families have vowed to keep up their legal fight and hold their leaders to account for mediating the effects of climate change.