The ruling underlines the ongoing rift between the EU institutions and the Polish government over the rule of law. Critics say the way judges are appointed has become a tool to politicize the judiciary. 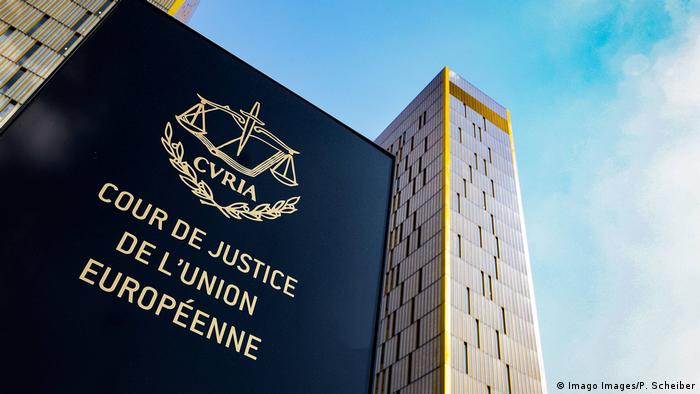 Judges applying to join Poland's Supreme Court should have the right toappeal against the opinions of a body which reviews candidates, the European Union's top court ruled on Tuesday.

Tuesday’s verdict by the Court of Justice of the European Union said the final decision in such cases rested with a Polish court.

The ruling underlines the ongoing rift between the EU institutions and the Polish government over the rule of law.

But critics say the way judges are appointed has become a tool to politicize the judiciary.

Poland is in a long-running row with the EU over reforms that the bloc says hurt court independence by increasing political control over judges.

The European Court of Justice (ECJ) ruled that Poland's legal reforms could violate EU law, in that they remove the possibility of judicial review in the Supreme Court nomination process.

"Where an infringement has been proved, the principle of the primacy of EU law requires the national court to disapply such amendments," the court said.

ECJ has in recent years brought several cases against Poland over its overhaul of the judiciary. Among the changes made by PiS since taking power in 2015 are amendments to the way Council members are elected.

The court said that EU law prohibits amendments that could lead to judges not being seen to be independent or impartial.

"It is ultimately for the referring court to rule on whether that is the case here," it said.

What effects could this have?

Based on Tuesday's ruling, Poland's Supreme Administrative Court can now decide to review the appeals by the five judges, who are not government loyalists.

In the process, it could also rule that the entire appointment procedure to the Supreme Court in 2018 was flawed and ineffective.

Poland's Supreme Court had referred the case to the EU court to settle a question of law over how to proceed with challenges lodged by five judges who were rejected for Supreme Court seats by the National Council of the Judiciary (KRS in its Polish initials) in 2018.

How did Warsaw respond?

"The Polish Constitution is the law of the highest rank, not European law as the CJEU would like to see it," he told reporters in Warsaw.

The ruling goes "beyond European Treaties and is therefore violating them. The role of the court is not to create a political process, but its role is to apply the law, and in this respect this court has openly stepped out of its role," he said.

"We are dealing here more with politics than with the application of the law".

Judge Julia Przylebska, the head of Poland's top court vetting legislation, said the ruling was an "evident infringement on Poland's constitutional order'' and undermined the "foundations of the European Union as a community of sovereign states.''

Przylebska was among the very first judicial appointments made by the nation's right-wing government.

How did others outside the government react?

Many opposition figures welcomed the decision.

"The (EU) court has put limits on political power,'' said attorney Marcjanna Debska. "It refers not only to the regulations but also to the political situation and that means that the court can clearly see what is going on in Poland."