Greece is setting up its first refugee hotspot to receive migrants coming into Europe from the Middle East and Africa. The center, on Lesbos, is the first of five designed to register and screen all incoming migrants. 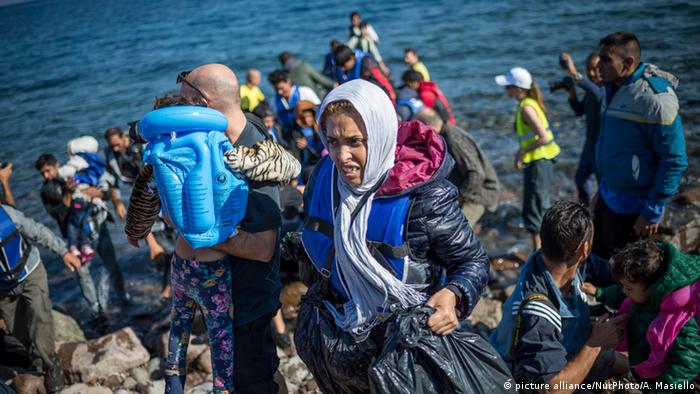 Athens said on Saturday it would open its first hotspot reception center on the island of Lesbos within 10 days to screen refugees.

"We are going to keep to our commitments," Yiannis Mouzalas, Greece's junior interior minister for migration, told reporters. The reception center at Lesbos is one of five such planned centers which will serve as first points of arrival for refugees.

Europe needs the hotspots because it "must know who comes knocking at the door," Luxembourg's Foreign Minister Jean Asselborn, who participated in talks in Athens together with the EU's Migration Commissioner Dimitris Avramopoulos, told journalists. Greece would also receive financial and logistical aid for the task, Asselborn said.

Greece was also planning to work out an action plan with Turkey to deal with the refugee crisis, Avramopoulos said.

Lesbos is the main gateway for migrants arriving in Europe, especially Syrians fleeing the war in their country. More than 400,000 refugees have crossed the Aegean Sea from Turkey and arrived at the Greek island this year. Around half of these were Syrians.

Last month, EU leaders agreed to set up hostpots in Greece and Italy to screen incoming refugees and differentiate between bona fide asylum seekers and economic migrants. Earlier this week, European leaders developed a plan to send back those they called economic migrants and grant asylum only to people from conflict zones.

More than 600,000 refugees have reached Europe via the Mediterranean Sea in 2015, and nearly 3,000 have died en route, according to the International Organization for Migration.

The European Commission and Turkey have agreed on an action plan to boost cooperation on the refugee crisis. The plan aims address key factors pushing refugees from Turkey to the EU. (06.10.2015)