EU suspends migration control projects in Sudan amid repression fears | World | Breaking news and perspectives from around the globe | DW | 22.07.2019

The EU has suspended projects targeting illegal migration in Sudan. The move comes amid fears they might have aided security forces responsible for violently repressing peaceful protests in the country, DW has learned. 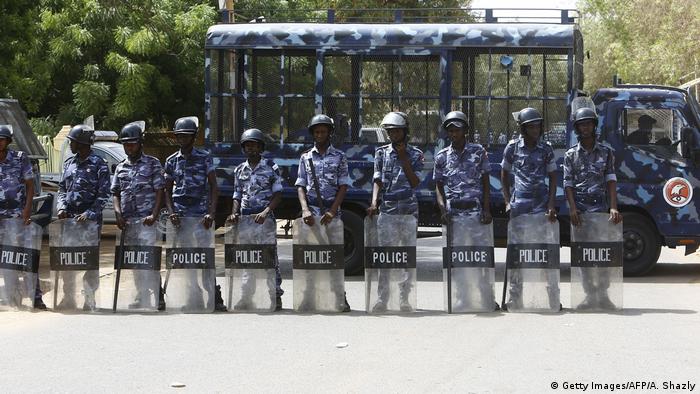 An EU spokesperson has confirmed to DW that a German-led project that organizes the provision of training and equipment to Sudanese border guards and police was "halted" in mid-March, while an EU-funded intelligence center in the capital, Khartoum, has been "on hold" since June. The EU made no public announcements at the time.

The initiatives were paid for from a €4.5 billion ($5 billion) EU fund for measures in Africa to control migration and address its root causes, to which Germany has contributed over €160 million. Sudan is commonly part of migration routes for people aiming to reach Europe from across Africa.

Critics had raised concerns that working with the Sudanese government on border management could embolden repressive state forces, not least the notorious Rapid Support Forces (RSF) militia, which is accused by Amnesty International of war crimes in Sudan's Darfur region. An EU summary of the project noted that there was a risk that resources could be "diverted for repressive aims." 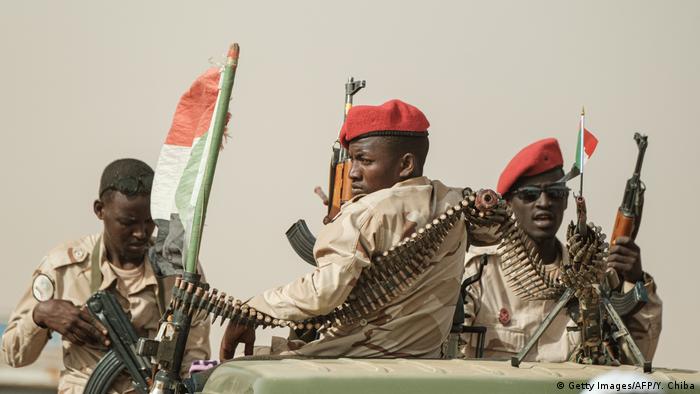 The RSF has been accused of many atrocities

A wave of protest swept the country in December, with demonstrators calling for the ouster of autocratic President Omar al-Bashir. Once Bashir was deposed in April, a transitional military council, which includes the commander of the RSF as deputy leader, sought to restore order. Among various incidents of repression, the militia was blamed for a massacre on June 3 in which 128 protesters were reportedly killed.

While the EU maintains it has provided neither funding nor equipment to the RSF, there is no dispute that Sudanese police, who also stand accused of brutally repressing the protests, received training under the programs.

Dr. Lutz Oette, a human rights expert at the School of Oriental and African Studies (SOAS), told DW: "The suspension is the logical outcome of the change in circumstances but it exposes the flawed assumptions of the process as far as working with Sudan is concerned."

Oette said continuing to work with the Sudanese government would have been incompatible with the European Union's positions on human rights, and counterproductive to the goal of tackling the root causes of migration. 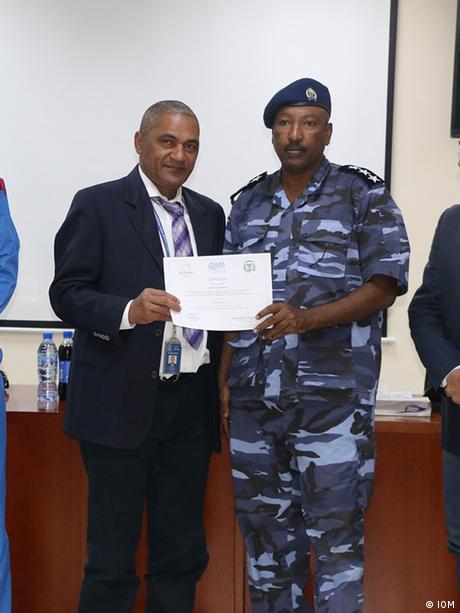 The intelligence center, known as the Regional Operational Center in Khartoum (ROCK), was to allow the security forces of nine countries in the Horn of Africa to share intelligence about human trafficking and people smuggling networks.

A spokesperson for the European Commission told DW the coordination center had been suspended since June "until the political/security situation is cleared," with some of its staff temporarily relocated to Nairobi, Kenya. Training and some other activities under the Better Migration Management (BMM) program were suspended in mid-March "because they require the involvement of government counterparts to be carried out." The EU declined to say whether the risk of support being provided to repressive forces had contributed to the decision.

The spokesperson said other EU activities that provide help to vulnerable people in the country were continuing.

An official EU document dated December 2015 noted the risk that the provision of equipment and training to security services and border guards could be "diverted for repressive aims" or subject to "criticism by NGOs and civil society for engaging with repressive governments on migration (particularly in Eritrea and Sudan)."

Read more: Is the EU putting African migrants at risk? 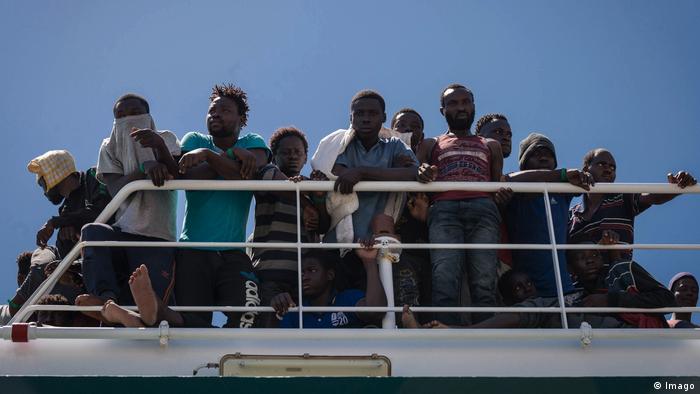 The BMM program is being carried out by a coalition of EU states — France, Germany, Italy, the Netherlands, the United Kingdom — and aid agencies led by the German development agency GIZ. It includes projects in 11 African countries under the auspices of the "Khartoum process," an international cooperation initiative targeting illegal migration.

The ROCK intelligence center, which an EU document shows was planned to be situated within a Sudanese police training facility, was being run by the French state-owned security company Civipol.

The EU spokesperson said, "Sudan does not benefit from any direct EU financial support. No EU funding is decentralized or channeled through the Sudanese government."

"All EU-funded activities in Sudan are implemented by EU member states development agencies, the UN, international organizations and NGOs, who are closely scrutinized through strict and regular monitoring during projects' implementation," the spokesperson added.

The GIZ spokesperson gave a different explanation for the suspension to that of the EU, saying the program had been stopped "in order not to jeopardize the safety of [GIZ] employees in the country." The spokesperson added: "Activities in the field of policy harmonization and capacity building have slowly restarted."

The New Humanitarian: Inside the EU's flawed $200 million migration deal with Sudan