Demonstrators in Sudan have been demanding a transition to a civilian government. An eyewitness has told DW about sexual atrocities committed during the dispersal of a sit-in outside the army's headquarters in Khartoum. 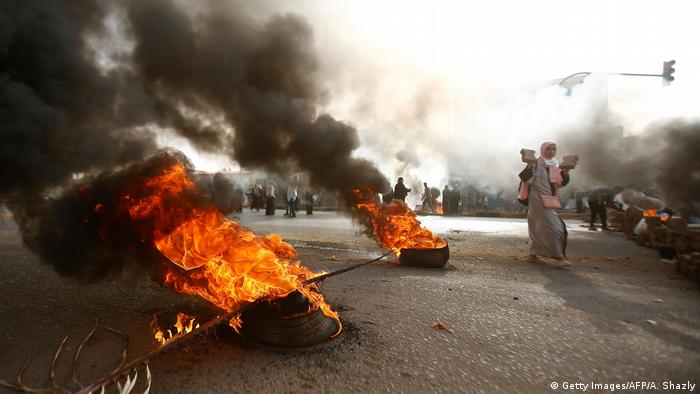 Nahid Jabrallah is a women's rights campaigner and activist. In an exclusive interview with DW, she reported that numerous rapes of young Sudanese women had been recorded when security forces moved in to clear a sit-in protest in Khartoum calling for a return from military to civilian rule.

The alleged perpetrators were members of a paramilitary unit, the Rapid Support Forces (RSF), part of the Sudanese security service. The RSF consist of the infamous Janjaweed militias, which are known to fight rebel groups on behalf of the army. They carried out countless human rights abuses during the civil war in Darfur, and the Sudanese regime has been using them for years.

'Everyone was threatened with being raped'

Jabrallah told DW that both women and men had been raped. She said that some of the bodies recovered from the Nile were of women who had been sexually abused, adding: "but cases of rape had already been documented in hospitals." She explained that it had been difficult to establish exact numbers, as many local internet providers have been shut down and telephone connections are unreliable.

When the army moved in on the sit-in blockade in Khartoum, Jabrallah found herself in the immediate vicinity. She says the demonstration was dispersed with violence; live ammunition, water cannon and tear gas were used to drive the demonstrators away. Jabrallah and some other people took refuge in a nearby building.

The activist told DW that members of the RSF pursued the civilians, broke down doors, and attacked them. They beat the men and women in order to separate them. "Everyone was threatened with being raped if they resisted the RSF's orders," Jabrallah said. She and some others were lucky: They managed to escape the militiamen, but many were injured and required hospital treatment.

Jabrallah spoke to other eyewitnesses, who confirmed that around 40 bodies had been recovered from the Nile. "They say that some of the bodies were of men wearing Sudanese army uniforms," the human rights activist reports. Her analysis: "This means the militiamen also attacked some members of the army who showed solidarity with the demonstrators — either because they'd refused to participate in this crime, or because they were trying to protect women and girls from being raped. And so these men were murdered, too."

Jabrallah has a clear answer as to who was responsible for the brutal dispersal of the sit-down demonstration. "I saw for myself who attacked us. There's no way those were members of the Sudanese army. We can very easily distinguish them from members of the so-called RSF militia. Not just because of the way they look, and their behavior, but also because of the symbols on their clothes. They bear their names and indicate their membership of the RSF." 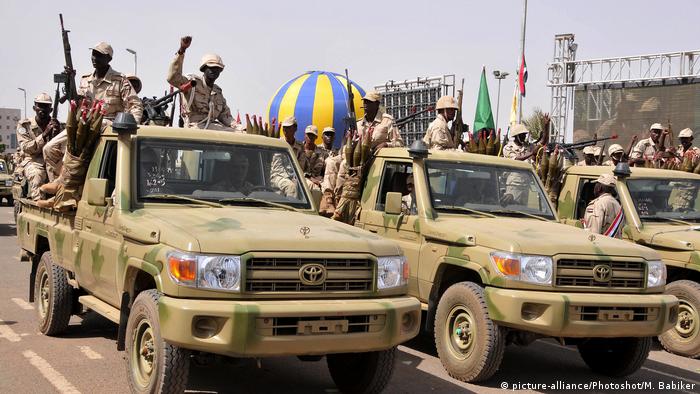 Jabrallah explained that parts of the army had also been disempowered. Soldiers who put themselves on the side of the demonstrators had their weapons taken away, rendering them unable to do anything to stop the militia's atrocities. Jabrallah says it was the Transitional Military Council, which represents the old regime, that armed the RSF. "This council bears the responsibility for these acts of violence," she said. "It must also take responsibility for the crimes committed against the Sudanese soldiers."

It has not been possible to verify the authenticity of this information. Meanwhile, the Transitional Council, which has governed the country since President Omar al-Bashir was ousted in April, has issued a statement on Twitter denying that its armed forces were involved in any human rights abuses against the civilian population.

In its statement, the council adds that "unknown elements" among the demonstrators were arrested wearing army uniforms. It said that these elements had committed offenses with the aim of distorting the image of the security services and intensifying hatred towards them.