EU leaders are deeply divided over who should succeed European Commission President Jean-Claude Juncker. More than 18 hours of talks in Brussels have failed to reach a breakthrough. 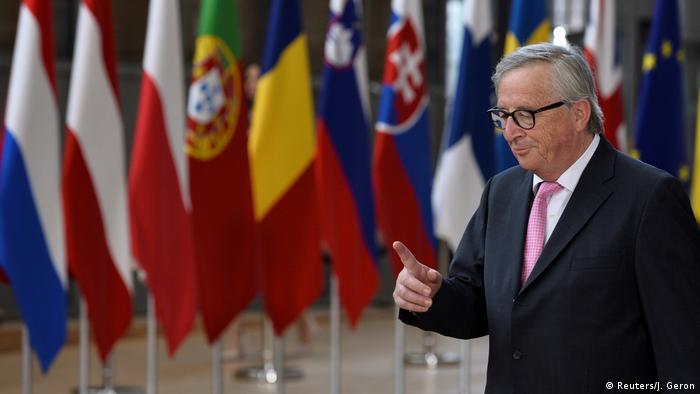 A European Council summit to choose a new European Commission president and other top posts was delayed again on Monday, after leaders were unable to reach a compromise during more than 18 hours of talks in Brussels.

EU Council President Donald Tusk, who is leading the talks, said leaders would reconvene on Tuesday.

The impasse is centered on the nominee to succeed outgoing Commission President Jean-Claude Juncker. This requires the approval of 21 of the 28 EU leaders, representing 65% of the bloc's population.

Once EU leaders nominate candidates, these must be approved by the European Parliament.

A package of options

Current European Commission vice-president Frans Timmermans of the Netherlands, who was the Progressive Alliance of Socialists & Democrats' (S&D) lead candidate in May's European elections, was rumored to be the favorite in the race to succeed Juncker as president of the Commission.

World Bank chief executive Kristalina Georgieva was rumored to be Tusk's likely successor as president of the European Council, with Competition Commissioner Margrethe Vestager or the current interim Prime Minister of Belgium, Charles Michel, in the running to be the bloc's next foreign policy chief.

The S&D's Timmermans was the compromise choice in a deal reportedly forged by French President Emmanuel Macron and German Chancellor Angela Merkel at the G20 summit in Japan, and which also included other top EU posts. The deal was also backed by Spain's Prime Minister Pedro Sanchez. 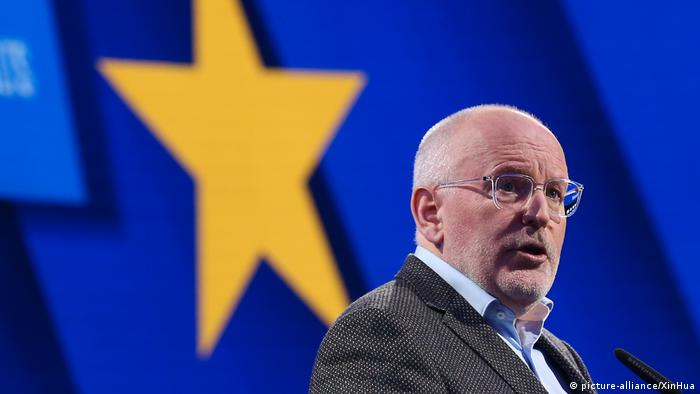 Frans Timmermans of the Netherlands was backed by France and Spain

But the conservative European People's Party (EPP), which finished ahead of the socialists in the parliamentary elections, was not backing down on its support for their candidate, German lawmaker Manfred Weber.

Among the EU leaders who have reportedly objected to Timmermans are Poland, Hungary, Czech Republic, Croatia, Slovakia and Ireland.

The outgoing vice-president of the Commission has spearheaded EU efforts to crack down on authoritarian-leaning eastern EU members through the bloc's rule of law norm.

"The vast majority of EPP prime ministers don't believe that we should give up the presidency quite so easily, without a fight," Ireland's center-right Prime Minister Leo Varadkar had told reporters on Sunday.

Hungarian Prime Minister Viktor Orban had sent a letter to the EPP warning that Timmermans' nomination would be "a historical mistake."

EU leaders must also select nominees for the European parliament chief, the European Council presidency, foreign policy chief and the head of the European Central Bank (ECB), a post that may be chosen at a later date.

EU members must take into account political affiliation, geography, population size and gender, when deciding the makeup of the bloc's leadership.

EU institutions are supposed to impartially represent the interests of all member nations on the global stage and in Brussels.

The EU executive has said national plans for renewables and energy efficiency fell short of the bloc's goals. The deficiency may undermine its ability to cut greenhouse gas emissions by 40% compared to 1990 levels. (18.06.2019)

The European Union and the Mercosur bloc of South American countries have agreed on the draft text of a free-trade deal. Both sides have been negotiating the agreement for almost 20 years. (28.06.2019)