EU says will respond to controversial US move on Cuba

The EU says a move by the US to fully implement the Helms-Burton Act on Cuba violates international law. European companies could be affected by lawsuits resulting from Washington's decision. 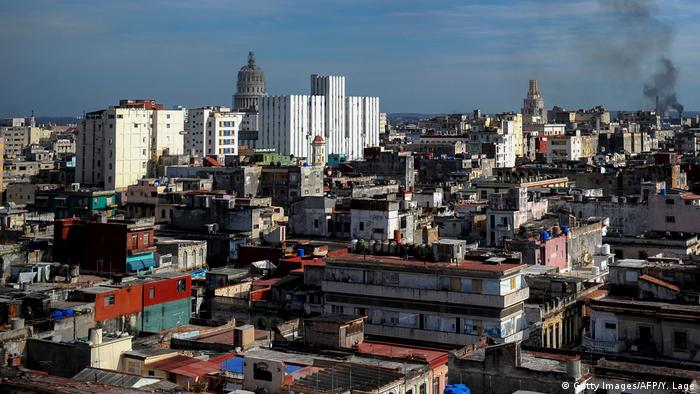 The European Union said on Thursday it would take "measures" in response to a decision by Washington to allow lawsuits in US courts against companies using premises confiscated by the communist government of Cuba .

The EU considers the US move to be "contrary to international law" and "will draw on all appropriate measures to address the effects of the Helms-Burton Act, including in relation to its WTO rights," according to a statement from the EU's top diplomat, Federica Mogherini.

The administration of US President Donald Trump announced in April that it would activate a provision of the 1996 Helms-Burton Act that has been waived by every president since the law was passed, due to objections from US allies doing business in Cuba.

Read more: How to know if you're really a socialist

The provision, which allows lawsuits against almost any company deemed to be "trafficking" in confiscated property, also has potential fallout for any negotiated settlements between the US and Cuba.

It is thought that the activation of the Title III provision could bring about dozens, if not hundreds, of lawsuits and also generate trade conflicts between the US and European countries such as Spain, France and Britain. It is also likely to negatively affect the already lagging levels of foreign investment in Cuba.

The move is another sign of hardening relations between the US and Cuba under Trump after a relative thaw during the presidency of his predecessor, Barack Obama.

The Helms-Burton Act seeks to compensate those people whose families lost properties and businesses during Cuba's revolution in 1953. The US State Department has certified some 6,000 claims worth some $8 billion (€7.14 billion) in current values. Another 200,000 claims have yet to be certified, but could have a value amounting to tens of billions of dollars.