US President Trump orders travel and trade restrictions on Cuba

US President Donald Trump has announced restrictions on American travel to Cuba and a clampdown on US business dealings. But he stopped short of cutting the diplomatic relations restored by President Obama in 2015. 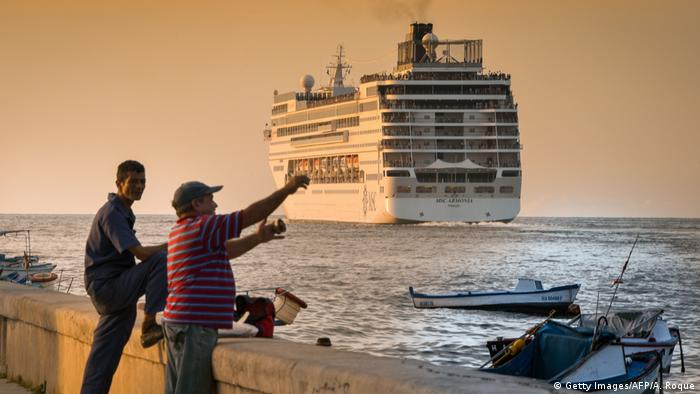 In a speech in Miami on Friday, President Trump said he was canceling what he called former President Barack Obama's "terrible and misguided deal" with Havana.

"Effective immediately, I am canceling the last administration's completely one-sided deal with Cuba," Trump told an audience in Miami's Cuban-American enclave of Little Havana. However, he stopped short of cutting off diplomatic relations which were restored in 2015.

Trump said US sanctions would not be lifted until Cuba freed political prisoners and held free elections.

"We will not be silent in the face of communist oppression any longer," Trump said. Republican Senator Marco Rubio of Florida was present and has been credited with helping to set out the new restrictions on Cuba.

Flights and cruises go on

Recently resumed direct US-Cuba commercial flights and cruise ship travel appear to have escaped the new restrictions. Similarly, the new deal for the US company Starwood to manage a historic Havana hotel will be allowed to go ahead. Americans will also be able to bring home unlimited quantities of rum and cigars, so long as they are for personal use. 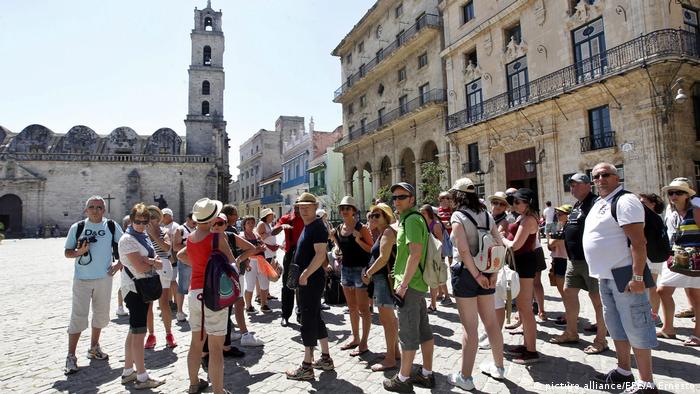 US tourists have flocked to Cuba since restrictions were lifted

However, the new presidential directive is expected to set out stricter enforcement of the ban on Americans traveling to Cuba as tourists. Almost 300,000 Americans visited Cuba through the end of May this year, according to the island's National Office of Statistics. That is about the same number of people who visited Cuba during the whole of 2016.

Trump's directive will also seek to prevent US dollars from being used to fund the government and any business transactions with the Cuban Armed Forces Business Enterprises Group, which is active in most sectors of the Caribbean island's state-controlled economy.

Reacting on Twitter, Venezuela's Foreign Minister Delcy Rodriguez, whose leftist government is closely allied with Havana, called for unity and popular resistance against "attacks and threats" on "our beloved Cuba."

The Cuban government made no immediate comment on Trump's speech, but earlier this week, President Raul Castro said he would be stepping down from the presidency by February 2018.

Castro set out a timeline for elections starting with a municipal poll on October 22. This is to be followed by a vote for the National Assembly of People's Power, a 614-seat legislative body. The assembly would then elect a president and vice-president.

The ruling Communist Party is expected to compile a final list of candidates.

The reverse shift in US policy towards Cuba could hit US businesses that have poured into Cuba since 2014. But will it have the desired effect of pushing Havana towards political reform? (16.06.2017)

Some of the world's most lavish consumer brands are making their first appearance in Cuba. After decades with a focus on social equality, the government hopes high-end tourism will help the economy. (25.05.2017)

Cuba's first ultra luxury hotel opened its doors Monday in Havana, with guests paying up to $2,500 a night to stay in five-star comfort on the Communist island. (23.05.2017)