The European Parliament has thrown its support behind the bloc's faltering emissions trading scheme. But is it enough to save the shattered carbon market? 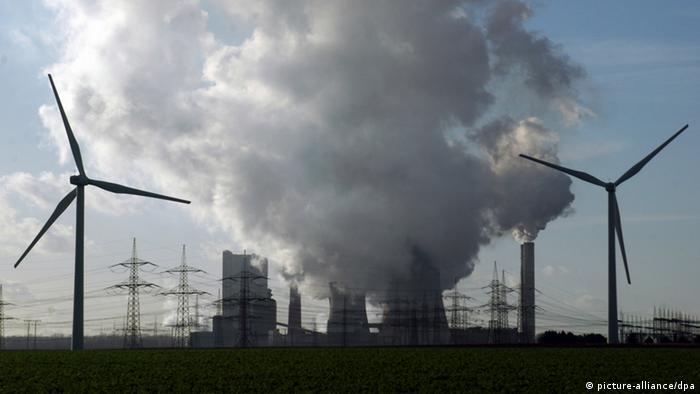 Brussels is starting to fix the problems of one of its most important mechanisms in the fight against climate change. The environment committee of the European Parliament in Brussels has now voted yes to amending the Emissions Trading Scheme (ETS).

The committee voted in favor of backloading, a measure whereby the number of CO2 certificates in the carbon trading market is temporarily reduced. If the measure goes through, 900 million such certificates would be held back and only released at a later stage.

What has to follow is a thorough debate about the future of the scheme, warned Matthias Groote, a German MEP from the Social Democrats and chairman of the committee.

"For this [debate]," he said after the vote, "we need time. And backloading is buying time."

The EU has to reduce supply urgently to keep its trading scheme running, according to Sam van den Plas, climate policy officer with environmental organization WWF. He told DW that the committee's approval of the emergency measure meant that the EU had "put the European Trading System in an ambulance. But it still needs to arrive at the hospital in order to receive further treatment." 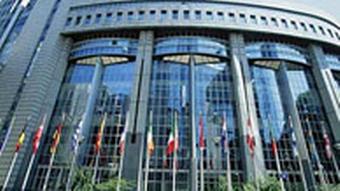 The EU needs the scheme to meet its CO2 reduction targets

Even if backloading was applied, Sam Van Den Plas told DW, the EU would still face an oversupply of some two billion allowances by 2020.

The ETS is the main mechanism to meet the EU's 2020 target. EU members have agreed to reduce greenhouse gas emissions by 20 percent in comparison to the levels emitted in the year 1990.

Under the scheme, companies buy and sell permits to emit carbon dioxide. If they emit less than their certificates allow, they can sell the excess for a profit.

But the permits are currently too cheap. These days, European companies can blow one metric ton of greenhouse gas into the atmosphere for the equivalent of four euros ($5). When the EU designed the scheme, it based its calculations on the assumption that CO2 certificates would be traded at a price of 30 euros ($40) per metric ton.

One of the reasons for the current oversupply is the economic downturn of recent years. In the crisis, the industrial sectors have reduced their emissions, but the number of emission allowances on the market was not reduced simultaneously. 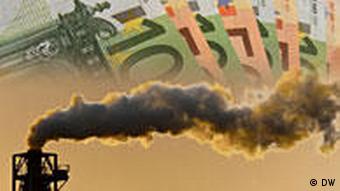 Oversupply of certificates on the market means prices are too low

Backloading would mean temporary relief. But the measure still has to be approved by the European Parliament and other European institutions, including the Council of Member States.

Some governments are still hesitant. "I don't understand why Germany is not moving. That's very strange," said Bas Eickhout, an MEP from GroenLinks, the Dutch Green Party.

Germany has decided to phase out nuclear energy and make renewables a significant part of the country's energy mix - what Germans call the ‘Energiewende'.

"Germany needs this decision for their own 'Energiewende': the lower the carbon price, the more expensive the 'Energiewende' in Germany," Eickhout told DW. "I really don't understand why Germany is so slow."

Good will is not enough

Some in Germany's strong business lobby argue that the ETS should be scrapped altogether. They say companies invest in green energy - whether prices on the carbon trading market are high or low.

But the business sector's good will has not proven enough to meet the EU's emission reduction targets. 11,000 companies are currently responsible for half the EU's greenhouse gas emissions. The ETS was set up to give them an incentive to move away from fossil fuels and invest in green technologies instead.

The flaws in the scheme have meant that the ETS has lost credibility. "We don't have as much clarity as what we had expected," said Sarah Deblock, European Policy Director at the International Emission Trading Association. Her group represents more than 150 of the world's biggest firms, including energy giants Vattenfall and Gazprom. "This uncertainty and unpredictability is very harmful for those who are operating in the market," she told DW.

Apart from finding ways of amending the carbon trading market, Europe should go further and show overall leadership in the fight against climate change again, according to Bas Eickhout from the Dutch Green Party. That would benefit both the environment and the economy, he argued. 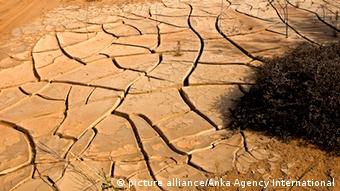 "We need a 2030 package, pushing for renewables, for energy efficiency and for a more ambitious climate target," he told DW, adding that this would stimulate innovation. "That is exactly the industry we need in Europe. On many other fronts it's difficult to compete with China. But on innovation we are still in the lead. Therefore we need an ambitious climate package."

Reduction targets of 95 percent by the year 2050 would in theory be achievable, said WWF's Sam Van Den Plas, if the right measures are taken now. The EU has to turn the trend of recent years around and put climate change high up on the political agenda again, he added.

"Thinking that this problem is going away or that we can put it off the policy agenda indefinitely is plainly naive and stupid. We risk driving humanity off the cliff and we need to act on the basis of this scientific information that we have."

A study by a leading economic think tank has revealed that an increasing number of German companies are already feeling the impact of climate change. But the impact does by no means have to be negative. (09.01.2013)

Non-EU airlines off the hook over carbon emission fees

The European Commission has said it's willing to put on hold fees that non-EU airlines have had to pay in the framework of a carbon emissions trading scheme. But the concession may not last long. (12.11.2012)

Listen to the report on emission trading here