The panel tasked with investigating the scandal uncovered rampant cronyism and incomptence from the EU level down. The problem is much bigger than Volkswagen, the committee found. 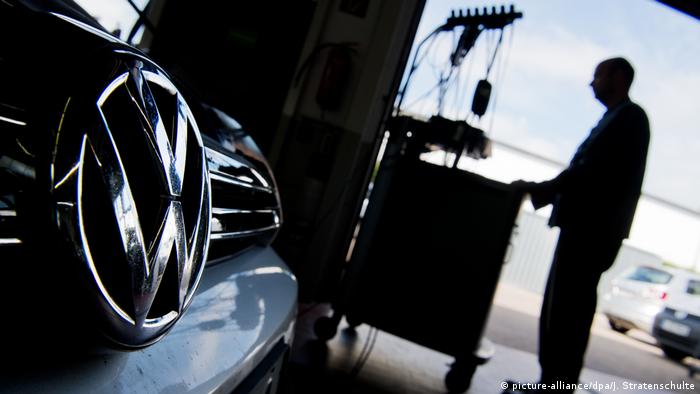 A European Parliament committee found on Tuesday that the "Dieselgate" scandal that engulfed Volkswagen last year was not only the fault of the German automaker, but was in fact the result of a complete lack of oversight on the part of the European Union itself and the governments of several member nations in particular.

The panel was set up to investigate the scandal that erupted in 2015 when researchers in the United States discovered that someone had tampered with the software on several different VW models so that it would pass emissions tests. It soon came to light that the problem had affected millions of cars all around the world.

Volkswagen has shelled out billions in recall efforts and fighting lawsuits and legal inquiries in at least 20 countries.

"One of the main conclusions is that 'Dieselgate' could have been avoided if member states and the European Commission had simply followed European law," said panel member Gerben-Jan Gerbrandy after the group presented their scathing report.

The committee had already chastised the France, Italy and Spain as well as Germany for purposely seeking to impede the implementation of more stringent emissions testing. Gerbrandy lamented that "so little has changed" on the national level and within the industry in the wake of the scandal.

The Dutch lawmaker further charged that "the Italian supervisor still lets Fiat off the hook, the German authorities are still failing to issue fines to Volkswagen."

His criticism was particularly biting considering that the European Parliament is now led by the Italian Antonio Tajani, who took over for the German Martin Schulz.

Another committee member, Karima Delli of France, bemoaned the "consistent evidence of a responsibility vacuum" when it came to enforcing emissions regulations and holding automakers accountable for the claims they make with regards to environmental standards.

The report said that more than 70,000 Europeans die each year from conditions related to the high level s of nitrogen dioxide polluting the continent's cities. It also suggested that the problem likely extends further than just Volkswagen.

A new draft bill proposing tougher rules on how vehicles are approved and tested throughout the bloc is due to be debated by the European Parliament in the near future, but it faces an uphill battle against some member states where auto firms are friendly with governments.

Former Volkswagen boss Martin Winterkorn has told a parliamentary inquiry that he didn't know of the carmaker's emissions cheating before the scam broke. He stands accused of colluding to cover up the scandal. (19.01.2017)