EU refugee policy: every man for himself | Europe | News and current affairs from around the continent | DW | 15.01.2015

Human traffickers continue to find new methods to take refugees to Europe. The EU's reaction is helpless, cold-hearted and not unified at all. 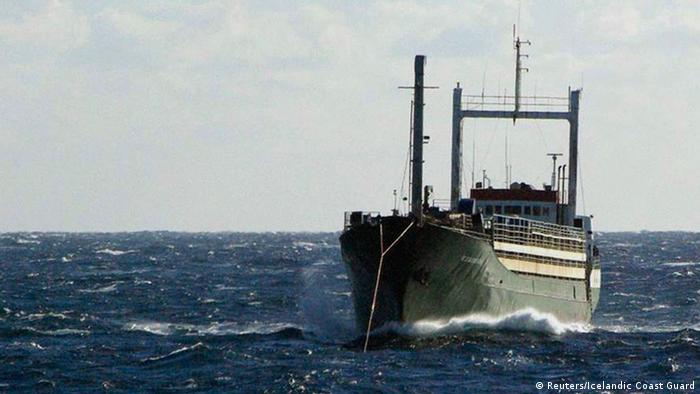 In 2014, more than 276,000 people immigrated to Europe illegally. That's almost 140 percent more than in 2013, according to figures released by the European Commission.

The majority of these refugees came across the Mediterranean, and the traffickers' newest method has proven to be as cruel as it is efficient. They buy freighters from scrapyards, cram hundreds of refugees onto them and collect thousands of euros from every one. In the middle of the Mediterranean, the captain sets the auto-pilot for Italy and abandons the ship.

Recently, two of these ships that carried hundreds of people, the "Ezadeen" and the "Blue Sky M" almost smashed into the rocky Italian coast and were saved by the Italian coast guard at the last minute. 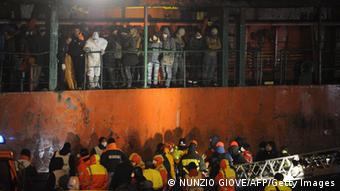 Blue Sky M had to be rescued by the Italian coastguard

The EU Commissioner for Migration, Home Affairs and Citizenship Dimitris Avramopoulos has now called for "decisive and coordinated action" against the traffickers' new methods by the EU.

"Europe has to get active," Avramopoulos said. "We don't have time to lose."

The responsibility lies with the member states, but each of them does their own thing when it comes to refugee policy. If there is coordinated action, it needs to cost as little as possible. After Italy concluded its sea rescue mission "Mare Nostrum" last year, the EU mission "Triton," coordinated by the European border protection agency Frontex was supposed to take its place. But that isn't a useful successor.

The domain of "Triton" is a lot smaller than that of "Mare Nostrum," so as long as the "ghost ships" are in international waters, they can travel without hindrance.

In addition to all that, Libya, as the most important transit country, has pretty much no rule of law, three years after the toppling of dictator Muammar Gadhafi. So the EU doesn't have anyone to turn to when it comes to stopping refugees' attempts to come to Europe at the southern border of the Mediterranean.

The center-right EPP group in the European Parliament is calling for engagement in the northern African country by the entire European Union. Together with international partners, the EU should help to establish working state structures in Libya, the EEP group says.

Turkey is of course a contact for the EU, and considering that the country wants to join the EU, it ought to be particularly cooperative. But more and more refugee boats, especially "ghost ships," start from Turkish ports - with Turkish authorities seemingly turning a blind eye. The EU expects Turkey to do something against this and is currently in talks with Ankara about the situation. 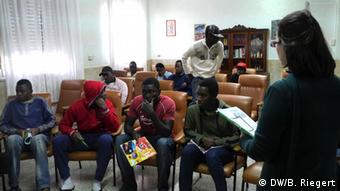 Most refugees arrive in Italy

But all this will hardly reduce the number of refugees coming to Europe, especially since Syria's neighboring countries are hopelessly overstrained. That's why Avramopoulos asks EU member states to be more generous in the face of the suffering in Syria: "People shouldn't have to risk their lives to look for shelter in Europe."

The willingness to take in refugees has not been great until now, but after acts of Islamist violence, many people in Europe are even more skeptical. They worry that extremists ready to use violence will enter Europe along with the refugees.

Gianni Pitella has refuted this notion in the European Parliament. "Terrorists don't need a trip like that," the Italian Social Democrat said. "They are financed by terrorist networks, they have money."

The system has collapsed

There is no coordinated and all-encompassing European refugee policy. The Dublin Regulation, which says that a refugee has to apply for asylum in the European country that she first sets foot in, only exists on paper. In reality, it has long collapsed.

The most important arrival country by far, Italy, gets rid of the unwanted "guests" in its own way: it simply allows the refugees to travel north, for example to Germany. And there are no border controls between the countries in the Schengen Area, which comprises most EU states.

Dieter Romann, president of the German federal police, complained to the Frankfurter Allgemeine Zeitung, "If illegal crossings of people without the proper permits are taking place almost exclusively via safe states neighboring Germany, that doesn't exactly suggest the Schengen - Dublin system is working well." Often, he said, less than three days pass between an individual being picked up in Italy and their arrival in Germany. This was a surprisingly honest criticism from the head of a German security agency.

The demand is continually being brought up - the EU must distribute refugees fairly across Europe according to population and economic power. But most countries that would then have to take in more people are against the idea. The old system is collapsing, but as yet there is no new one.

Politicians in Germany are pushing for a new immigration law. They argue the rise of the anti-Islamization group PEGIDA is a sign the public has lost faith in the regulation of immigrants. (10.01.2015)

Two unmanned "ghost" vessels carrying mostly Syrian refugees were intercepted and saved off the Italian coast within a week of each other. EU policies of "defending the fortress" are the cause, says Pro Asyl's Karl Kopp. (04.01.2015)