Nearly every EU nation is in violation of the Stability and Growth Pact that limits national debt. In order for countries to get debt under control, the European Commission has proposed penalties for debt violators. 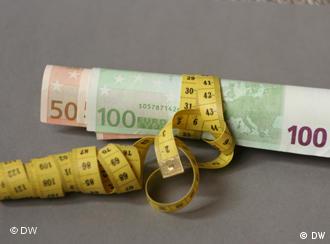 The fines could inspire shrinking debt

The European Commission has unveiled a proposal that would penalize eurozone nations that let their budget deficits spiral too far out of control.

However, nearly every eurozone nation is currently in violation of this threshold, and on Wednesday the European Commission proposed issuing a penalty of 0.2 percent of GDP to nations that exceed the limit. The money would initially be a non-interest bearing deposit, but would turn into a fine if the offending nation failed to correct the problem within a set timeframe. 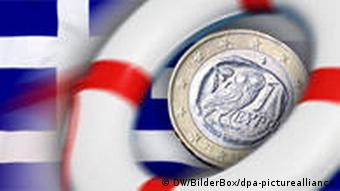 The commission hopes to avoid another Greece-like bailout

The proposed measures "will give teeth to enforcement mechanism and limit discretion in the application of sanctions," the Commission said in a statement.

Greece is the most notable example of a eurozone nation that let its debt climb too high. Earlier this year, financial bailouts from the European Union and the International Monetary Fund were needed to shore up Greece's ailing finances, which some saw as a threat to the euro itself.

Portugal has also come under the spotlight as its debt crisis makes it another potential candidate for a large financial bailout.

The measures proposed by the European Commission still require the approval of EU member states, and this could prove to be a arduous task. Germany, the EU's biggest economy, supports the proposal, but differs with France over how the fines should be imposed.

EU and Germany push for penalties for deficit offenders

European Union officials are launching an effort to impose sanctions on member states whose budget deficits are out of control, and Germany is one of the strongest - and harshest - supporters. (27.09.2010)

Comparing the current climate on financial markets to the 'Wild West', EU Financial Services Commissioner Michel Barnier has outlined plans for tougher controls on the sector, especially on derivatives trading. (15.09.2010)