EU prepares new sanctions against Russia | Europe | News and current affairs from around the continent | DW | 31.08.2014

EU leaders agreed to embark on fresh sanctions for Russia at a special meeting in Brussels on Saturday. But their actual powers will be worked out by the European Commission next week. 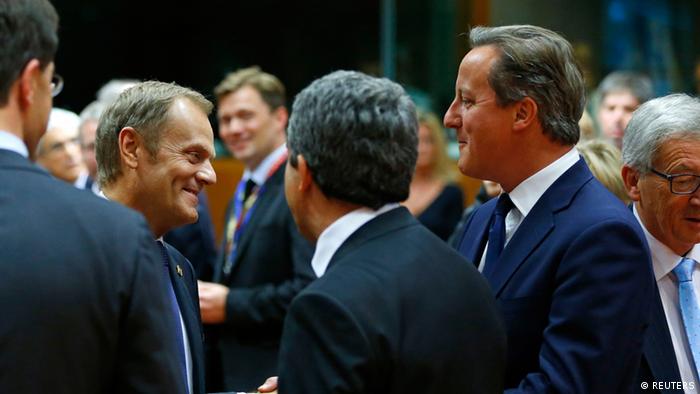 The meeting called on Saturday (30.08.2014) was meant to decide who will be the EU's new High Representative and Council President, but leaders were more anxious to respond to NATO reports that a thousand Russian ground troops were already on Ukrainian soil.

Mogherini, 41, initially faced opposition from Eastern European countries, who found her too pro-Kremlin. In her defense, Mogherini said she had previously tried to broker dialogue between Ukraine's President Petro Poroshenko and Russia's Vladimir Putin. 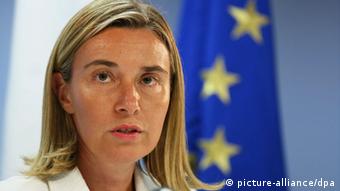 Mogherini was criticized as being too pro-Putin

Once these appointments were finalized, leaders returned to their meeting to carve out a political agreement for further punitive measures against Russia. But the fine-print will be left to the European Commission and its foreign affairs wing, the European External Action Service. Officials have one week to come up with a proposal.

"The European Council says that it stands ready to take further significant steps in the light of the evolution on the situation on the ground," Van Rompuy said at a press briefing after the summit.

While appetite for fresh sanctions varies, some leaders insisted Russia left them little choice but to level further economic punishment.

"Countries in Europe shouldn't have to think long before realizing just how unacceptable that is," British Prime Minister David Cameron said. "We know that from our history. So consequences must follow."

Others urged an examination of the effectiveness of current sanctions before new measures were introduced. "These are important sanctions but we need to look at their impact on changing Russia's behavior," Dutch Premier Mark Rutte said ahead of the talks.

For many months EU countries have been quietly discussing how exactly they can carve the Russian economy out of lucrative Western markets and make further military action in Ukraine financially unsustainable. Many of those measures, including asset freezes and arms embargoes, have already been implemented.

But according to a confidential paper circulated among EU countries, the sanctions can be widened and deepened, hitting the Russian economy much harder than Europe.

While over 90 individuals, whpo the Commission deems are connected to the crisis in Ukraine, have already been hit by travel bans and asset freeezes, new moves could also include the same limitations for individuals financially linked to these people.

Other measures would be much more painful. In addition, all Russian financial institutions such as Sberbank, VTB Bank, Gazprombank, Vnesheconombank (VEB) and Russian Agriculture Bank could be locked out of EU stock exchanges or other trading venues.

The paper also suggests prohibiting the subscription of bonds and equities from companies operating in the finance, energy, and defense sectors. Cut off from Western funding, companies may be forced to seek state financing, further straining the government's budget. 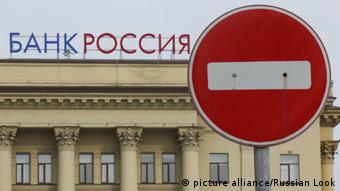 EU officials appear to believe that these measures will leave Russia so isolated from global markets that they may have no alternative but to capitulate to a political solution.

"Other jurisdictions such as Switzerland, Singapore, Hong Kong or Tokyo would only provide significant substitution capacity over time, but they could not fully compensate for the loss of EU and US investors," the paper reads.

Leaders also discussed the situation in Libya, Syria and Gaza, as well as the eruption of violence in Iraq.

Foreign ministers will be tasked to consider stronger sanctions against the terrorist group Islamic State, especially to stop the stream of illegal oil revenue.

To try to prevent the flow of fighters from Europe joining IS in Iraq, leaders put pressure on the EU to put together a system for sharing the records of air passengers. While many countries already share passenger data, efforts to create an internal EU system have previously stalled on privacy concerns.

An embargo on food imports from the West has sent grocery prices in Russia soaring and greatly worsened inflation. The move is seen as a severe blow to the country's stagnating economy. (29.08.2014)

The European Union appears set to step up sanctions on Russia over the situation in eastern Ukraine. Not only the country's president has warned that Ukraine is "close to the point of no return." (30.08.2014)

The annexations are the result of hastily-arranged referendums last week that have been widely dismissed as a sham. The land grab marks a sharp escalation in Russia's war against Ukraine.