EU Passport Gets Popular in Israel | Europe | News and current affairs from around the continent | DW | 21.07.2004

EU Passport Gets Popular in Israel

More Israelis with European ancestry are applying for EU passports since the union's enlargement in May. Some see the burgundy-colored document as an insurance policy should the conflict in the Middle East escalate. Israeli Premier Ariel Sharon's recent appeal to French Jews to leave their home country and emigrate to Israel was harshly criticized by French government officials -- and they weren't the only ones.

French Jews themselves were unhappy about Sharon's statement, fearing that anti-Semitic attacks would increase as a result.

Palestinians demonstrating in the Gaza strip

One of the reasons behind the call to come to Israel is Sharon's concern that Israel's population is declining while Palestinians grow in numbers.

That trend is bound to continue now that many Israelis have become eligible for an EU passport following the bloc's eastward expansion on May 1.

Israeli government officials would also like to lead their country into the EU, but Brussels still resists that idea.

EU officials are all for close cooperation, tariff unions and cultural and scientific exchanges. But not much more.

"If the European Union doesn't want us, we'll make a run for it," is something many Israelis say jokingly -- before applying for an EU passport.

One in five Israelis eligible

Since EU enlargement, every fifth Israeli is eligible to receive an EU passport: people who come from Poland, Hungary, the Czech Republic or one of the 22 other EU countries and escaped the Nazis or survived the Holocaust. Their descendants are often also entitled to EU citizenship. 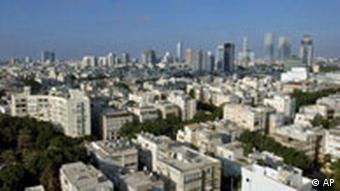 Many Israelis of German descent are also starting to think of their forefathers' home country and apply for a passport. The German embassy in Tel Aviv issued 3,000 passports last year alone.

German law grants citizenship to "former German citizens, who lost their citizenship for political, racial or religious reasons between Jan. 30, 1933 and May 8, 1945" -- the duration of the Nazi dictatorship -- as well as their descendants. According to unofficial estimates, about 70,000 Israelis are also German citizens.

One of these German-Israelis is Amir Moretzki, a 31-year-old lawyer living and working in Tel Aviv. He's been interested in Germany all his life, participated in a German-Israeli youth forum and has been to Germany many times. He almost studied in Germany, but ended up staying in Israel, because he felt too homesick. 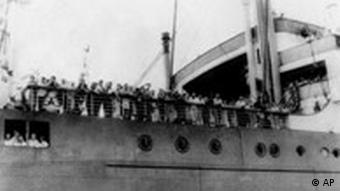 German Jewish refugees aboard the German liner Saint Louis in 1939

Together with his mother, whose parents fled Germany in 1936, Moretzki applied for the a German passport five years ago.

"My grandfather staunchly refused to travel to Germany," Moretzki told Bavarian public broadcaster BR. "I think he would turn over in his grave if he knew that I have a German passport."

Moretzki's uncle also initially disapproved of his nephew's plans, but applied for a German passport himself three years later.

A sense of security

Despite his dual citizenship, Moretzki said he still felt more like an Israeli than a German.

"I like being in Germany and feel very comfortable there," he said. "But clearly I still view the world with Israeli and not German eyes."

He added that the German passport also gives him a sense of security. 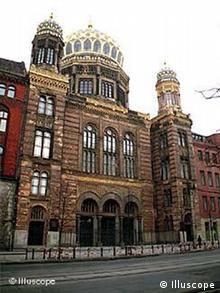 "I don't want to lie and say that it's not a kind of insurance policy in case something happens here," he said. "I'm not going to get up and leave the country tomorrow, because the withdrawal from the Gaza strip isn't happening. But it's good to know that I have a second passport. I believe that Germany will still exist long after Israel and that was something I thought about."

The main reason, though, was that he wanted to be able to study and work in the EU, he said.

"If the Holocaust hadn't happened, my grandparents would have stayed in Germany and I would have been born there," he said. "My grandfather would have finished his education there and all of his descendants would live there now," Moretzki said.

Delegates at an anti-Semitism conference in Berlin unanimously denounced "new forms and expressions" of hatred against Jews and agreed that the Middle East conflict could never justify attacks on Jews. (April 29, 2004)

Chirac to Sharon: "You Are Not Welcome in France"

Jewish leaders signed a pact with the government that gives the Central Council on Jews in Germany the same status as Christian churches and provides funding for educational institutions. (Jan. 27, 2003)