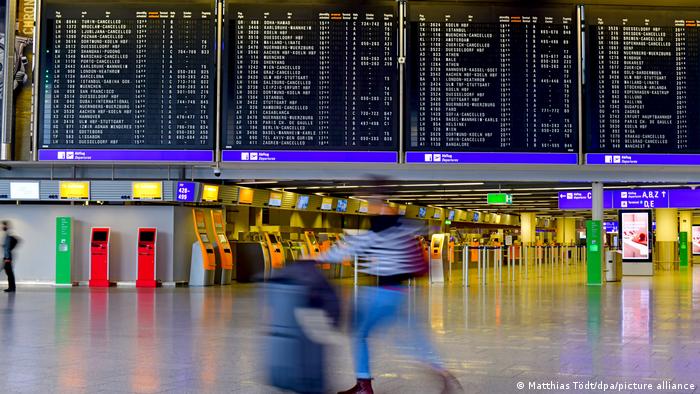 It followed discussions among EU leaders about restricting nonessential trips across the bloc's internal borders to contain the spread of the coronavirus, particularly the mutant strains emerging from the UK, South Africa and Brazil.

Though travel into the EU is already severely restricted, beginning Sunday January 24, anybody arriving from outside the EU — possible only for those with essential reasons — would have to have a test for COVID-19 before departure.

To combat the virulent UK strain, the EU has already blocked all but freight or travelers on essential trips from entering the bloc from Britain.

Beginning Wednesday, Belgium will ban all nonessential travel through March 1, Prime Minister Alexander De Croo announced. This will apply to all land, sea and air travel but will not affect cross-border workers or those with overriding health or family reasons.

Starting on January 27, people traveling to and from Belgium will have to provide a valid reason — such as family duties, work or studies — to be allowed to cross borders.

"When people travel, the virus travels with them," the premier said in a televised press conference following a meeting of the national crisis committee.

Also beginning on Monday, January 25, all Belgians returning from Britain, South America or South Africa will have to quarantine for 10 days and take a PCR test on the first and seventh day.

Additionally, non-residents who wish to come to Belgium will have to present two negative PCR tests, before departure and on arrival. "This doesn't mean we are building a wall around our country," De Croo said.

Essential workers and those working in transport would still be permitted to travel to other countries, he added.

Belgium will also ban nonessential trips in and out of the country beginning Wednesday, said De Croo.

Currently citizens and residents returning to Belgium must take a COVID-19 test on arrival, self-isolate for a week and then take another test. All other arriving passengers also need to show a negative test.

Belgian Health Minister Frank Vandenbroucke said that a person testing positive for COVID-19 would now have to quarantine for 10 days instead of seven, as previously required, "because the new (British) variant is more contagious, for longer."

The 11.5-million nation has been hit hard by COVID-19, registering one of the highest death rates in the world during the pandemic.

While infections and hospitalizations are currently stable and relatively low compared to some European neighbors, leaders are particularly worried that the nation could be vulnerable to cross-border infections, especially during a February vacation period.

Beginning Sunday, France will require a negative PCR test 72 hours before departure for most European arrivals other than those on essential travel, President Emmanuel Macron told the European Council, according to his office.

These are not "border politics, but health politics," said Clement Beaune, the country's secretary of state for European affairs.

Speaking to the Europe 1 broadcaster, he said the border controls are needed because of the danger posed by the newest mutations in the coronavirus.

Once they are in place, anyone from another EU country who wants to enter France will have to submit a negative coronavirus test that is no more than 72 hours old. There will be exceptions for those who live in border areas and those transporting goods.

Broadcaster FranceInfo reported that the new rules would also apply to travelers from countries in Europe that are not part of the EU. 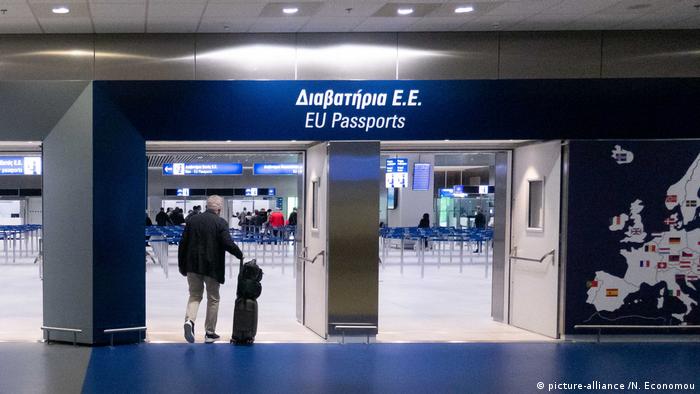 To stem the spread of the UK variant, Portuguese Prime Minister Antonio Costa said that flights to and from the United Kingdom will be suspended beginning Saturday January 23.

In a televised address on Thursday, Costa said the measure intends "to reduce the risk of transmission of this variant."

The announcement came after the Portuguese government held a cabinet meeting to discuss closing the country's day cares, schools and universities in a desperate bid to halt a sharp rise of coronavirus cases.

Calls are also being made to postpone the presidential elections that are currently set for Sunday.

Portugal reported a new daily record on Wednesday, at 14,647 confirmed cases within 24 hours. The "particularly dramatic" figures, as Costa called them, continued on Thursday, with 13,544 new cases reported.

Costa said the British variant of the virus currently accounts for 20% of new infections. Portuguese health authorities earlier in the day had put the figure at 13%.

The Finnish government said on Friday that it would also put in place stricter regulations beginning on January 27 for those entering the country.

"The fastest way is to limit the reasons to enter the country," Health Minister Krista Kiuru told a news conference, adding that all travelers will be sent for a coronavirus test at the border.

Finland, which has been among the least-affected nations in Europe, has so far found 86 people carrying the new variants.

Going forward, Finland will restrict entry from all Schengen countries — where people are allowed to travel without border control — permitting only essential travel for work for services like health care and emergency services.