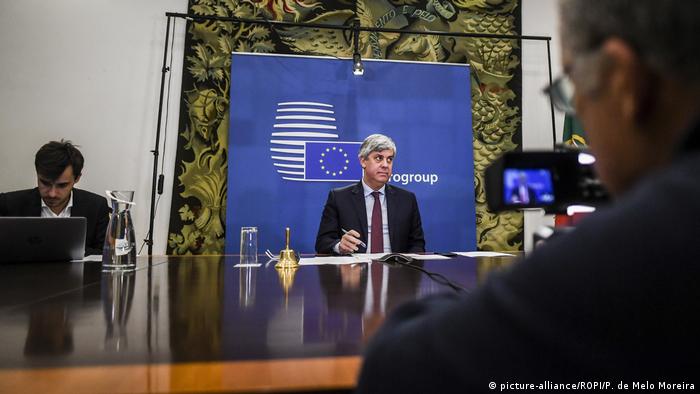 After hours of talks on Thursday, representatives of 19 eurozone countries agreed to make €500 billion ($547 billion) available "immediately" to stimulate the EU economy as it struggles with the economic fallout of the ongoing pandemic.

EU heavyweights France and Germany had been working on a solution to address economic consequences of the coronavirus pandemic, with EU finance ministers negotiating into Thursday evening.

Credit lines to the European Stability Mechanism "will be available until COVID-19 crisis is over" according to a draft document cited by Reuters.

Spain's representative Nadia Calvino also said a "good deal" was reached and would provide a "triple security network for workers, companies and states."

The EU countries had been at odds on whether or not the loans should be conditioned on financial reforms. The EU states were also at loggerheads on how to finance the fund itself, with Italy, Spain, France and other, mostly southern EU countries, wanting a joint "coronabonds" borrowing scheme that Germany, the Netherlands, Finland and Austria opposed.

The ministers had been unable to come up with a solution at the marathon-length talks on Wednesday, reportedly due to the Netherlands wanting tougher conditions for member states to take cheap loans.

Pressure was on the Dutch government to accept the compromise solution presented by Berlin and Paris.

The European Investment Bank will now support EU companies with €200 billion in loans, according to Eurogroup chairman Mario Centeno. The EU leaders would try to have ESM crisis support operational in two weeks, he added.

Read more:  Coronabonds and the idea of European financial unity

Earlier on Thursday, German Chancellor Angela Merkel had rejected the joint borrowing initiative, telling members of her conservative political bloc there was no "political consensus" for it. However, she also told them she had been in contact with France's Emmanuel Macron, the Netherlands' Rutte and Italy's Giuseppe Conte, saying that a compromise solution was "very close."