A European court has rolled back some penalties against the former Ukrainian president, his son, and his ex-chief of staff. The judges ruled that there was not enough evidence the trio misappropriated state funds. 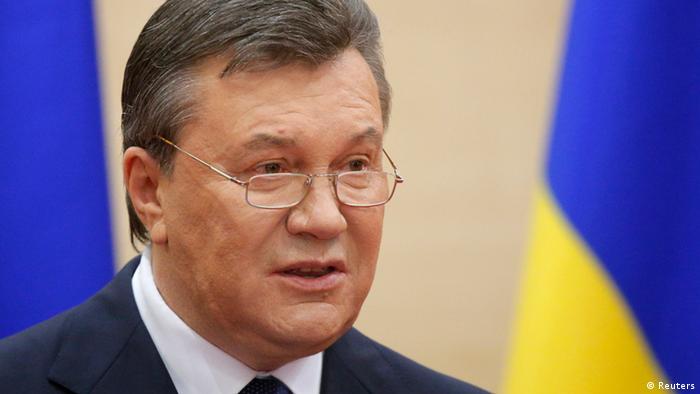 An EU court agreed to nix some of the sanctions against former Ukrainian President Viktor Yanukovych on Thursday. The EU's General Court ruled that there was not enough evidence that the former leader and two associates had embezzled state funds.

Yanukovych, his son Oleksandr and former chief of staff Andriy Klyuyev had some of their assets and European bank accounts frozen by the EU in 2014 alongside a slew of other figures toppled by a Euromaidan popular uprising earlier that year. The EU was responding to allegations that the trio was funneling state capital out of Ukraine for their own personal enrichment.

However, the Luxembourg-based court found on Thursday that a prosecutor's letter used by the EU as justification for the asset freezes "does not provide any detail of the specific acts the three Ukrainians are alleged to have committed, or of their liability for those acts."

The three were represented by well-known British lawyer Thomas Beazley, who has a reputation in Moscow for being a powerful ally against EU sanctions, having represented state-owned oil company Rosneft at the European Court of Justice.

Sixteen other individuals remain on the EU sanctions list, which was extended for another 12 months in March of this year.

Opinions are divided in Ukraine regarding its democratic process. Is the country on the right track? What will its future democracy look like? Two Ukrainians who have been active in politics offer their views. (15.09.2016)

The International Monetary Fund (IMF) has agreed to resume its bailout for war-ravaged Ukraine. The announcement comes the same day a new ceasefire was announced in the eastern part of the country. (15.09.2016)

Ukrainian President Poroshenko said his country has agreed to a ceasefire proposal announced by pro-Russian rebels. Despite a 2015 peace deal, the war in Donbass has continued to plague Ukraine. (14.09.2016)