Several EU politicians and members of the European Parliament have called for action against abortion "misinformation" clinics. Many of the Christian facilities have been accused of spreading fear among vulnerable women. 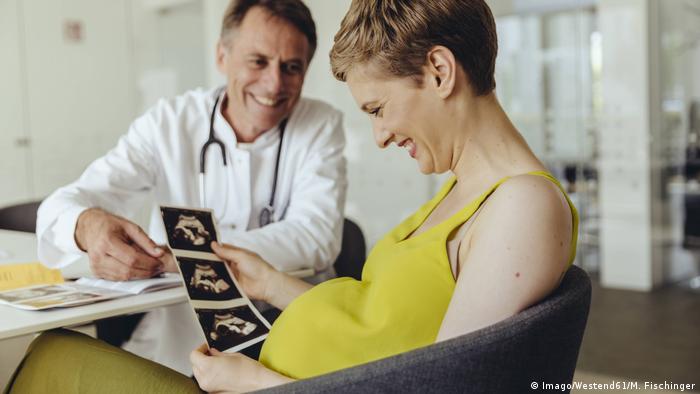 On Tuesday, several abortion-rights advocates called for action against Heartbeat International following the release of a report by left-leaning news organization openDemocracy about the anti-abortion network.

Heartbeat International provides anti-abortion pregnancy advice through a network of centers and affiliates. Its policies are consistent with biblical principles and Christian ethics, according to its website.

The openDemocracy investigation revealed that some Heartbeat affiliates provide "false and misleading information" to women and acted contrary to Heartbeat's "Commitment of Care," which guarantees "accurate information" for clients.

Posing as pregnant women, undercover reporters visited Heartbeat-affiliated centers in 18 countries. Their investigation revealed that inaccurate information was provided at many centers in response to health care questions.

In response to the probe, a representative told DW that Heartbeat International stands firmly by the Commitment of Care "because we know that every woman deserves love and support during an unexpected pregnancy."

"No woman should feel alone, coerced or so hopeless that she ends her child’s life through abortion," according to Heartbeat International.

OpenDemocracy investigators said they were pressured to continue unwanted pregnancies, even when rape or domestic violence was reported.

Investigators in Africa, Latin America and Europe reported that women were told that abortion can increase risks of cancer, mental illness and problems in future pregnancies.

In four unspecified countries, women were reportedly told that they needed their husbands' or boyfriends' permission to have abortions.

In one instance, according to openDemocracy, a reporter posing as a women experiencing partner abuse was told: "Now, you're a victim, but an abortion would make you part of that violence since you will be violent."

Heartbeat stands by all of its training resources for the pregnancy-help community, Heartbeat International vice president Cindi Boston-Bilotta told DW in a statement.

"With love and truth, our goal is to help the client understand abortion more fully, so that she can truly make an informed decision," she said.

Following the report's release, several Members of the European Parliament (MEPs) signed a letter expressing their "deep concern regarding matters related to the violation of fundamental human rights and gender discrimination."

Other people and organizations also expressed their concerns about the openDemocracy investigation.

"The findings ... are deeply concerning and must be addressed at the appropriate levels," said Croatian MEP Fred Matic from the S&D group.

"The organizations engaged in the 'crisis pregnancy counselling' often claim to be inspired by their Christian beliefs … yet they have no qualms lying to pregnant women," said Neil Datta, from the European Parliamentary Forum for Sexual and Reproductive Rights.

"These groups are perpetuating harmful myths and bullying women into continuing pregnancies that they do not want," said Ana Maria Bejar, from abortion services provider Planned Parenthood.

"These dangerous and abusive tactics are disempowering and put women's health and dignity at risk. No woman should ever be forced into pregnancy."

"This is proof of something that we suspected and knew existed, of a campaign of lies and deceit from fundamentalist groups in the right, but we never before had this type of proof," said Mexican feminist Marta Lamas. "I am quite shocked."

Since we work with pregnancy help organizations in more than 60 countries worldwide, we know that each country has its own abortion laws and cultural norms," Heartbeat International's Ellen Foell told DW.

"The truth stands, no matter where you are in the world, that abortion ends the life of a developing human baby. While residents of different countries may communicate it in different ways, that is the definition of abortion."

"Every woman has a right to know all the information before making an abortion decision. Denying women awareness of the emotional, psychological and physical risks that abortion can cause would be neglectful and dangerous," Heartbeat vice president, Betty McDowell, said.

Heartbeat International told DW that it was not given enough time to respond to the individual allegations.

Read more: Opinion: A triumph for women and for Ireland

A report has found that right-wing non-profits in the US have ramped up spending on lobbying and campaigns in Europe. It comes amid fears that far-right parties could make big gains in European elections this May. (28.03.2019)

George Soros' Open Society Foundation is gearing up to battle hate and the far-right in eastern Germany. The Alternative for Germany (AfD) is predicted to perform well in three upcoming state elections. (22.06.2019)

US police uncover 'possible plot' to breach Capitol 54m ago