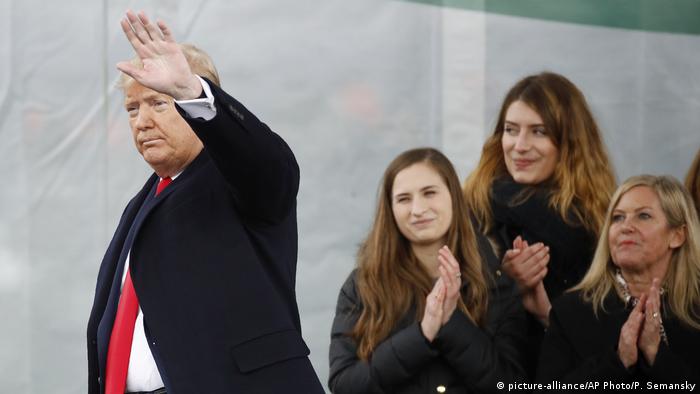 US President Donald Trump did not attend his impeachment trial on Friday, insteading becoming the first president to attend the annual anti-abortion March for Life in Washington.

"Unborn children have never had a stronger defender in the White House," Trump told the crowd. He then accused Democrats of "embracing the most radical and extreme positions," without elaborating or giving examples.

He made a single reference to the ongoing impeachment trial, saying that "they are coming after me because I am fighting for you, and we are fighting for those who have no voice."

The president appears to be a late convert to the pro-life cause, having said in a 1999 interview: "I am pro-choice in every respect."

March for Life has been held every year since 1974, the year after the landmark Supreme Court case Roe v. Wade legalized abortion in the United States.

While other US leaders have not supported abortion rights, such as Ronald Reagan and George W. Bush, no president has ever attended the rally before in order not to align themselves with seeking an outright ban.

According to a Pew Research Center polling in 2019, roughly six in 10 Americans said abortion should be legal in all or most cases. However, many states have introduced such tight restrictions and draconian regulations that an abortion can be next to impossible to procure, even in cases of rape.

A Kentucky law requires women be shown fetal images before having an abortion, and Indiana has a regulation requiring aborted fetuses be buried or cremated. Many states have adopted laws that require doctors performing abortions at clinics have what are called "admitting privileges" at local hospitals, effectively shutting many clinics down.

Under the proposed changes, abortion would be classified as a health issue rather than a crime. It would be New Zealand's first major abortion reform in more than 40 years, but activists say it doesn't go far enough. (05.08.2019)

The UK region's strict abortion law has been changed after politicians in London stepped in to end decades of discrimination against women there. The legislation is from 1861, and will cease to be law from Tuesday. (21.10.2019)