Just last week, European Council President Charles Michel took a swipe at the UK over its threats to renege on parts of the EU withdrawal treaty it signed in January. Now, repercussions are becoming reality. 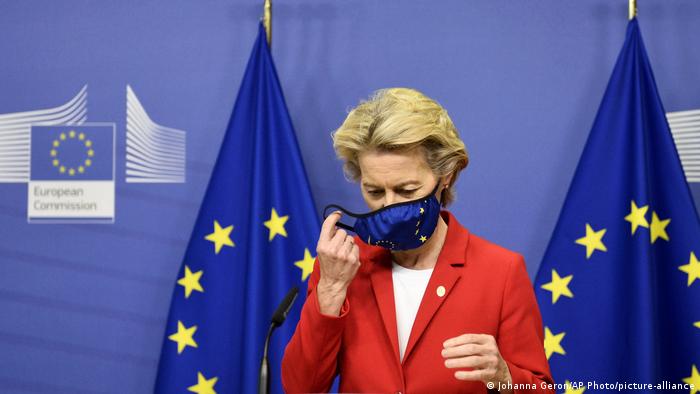 The European Union launched a legal case against the United Kingdom on Thursday for a "breach of the good faith articles in the Withdrawal Agreement."

The action is due to the UK's new Internal Market Bill that undercuts the British government's earlier legal commitments as part of the agreement, European Commission President Ursula von der Leyen said.

"We had invited our British friends to remove the problematic parts of their draft Internal Market Bill by the end of September," von der Leyen said. "The deadline lapsed yesterday."

London has one month in which to respond to the formal letter of complaint submitted by the Commission. The EU's executive branch will then assess the answer before considering further action.

If the Commission deems the response to be unsatisfactory it then has the option of suing at the Luxembourg-based European Court of Justice.

Von der Leyen said it was "the first step in an infringement procedure." A draft "letter of formal notice" has been finalized, meaning legal action is imminent.

What this means for an EU-UK trade deal

The choice of words "leaves some wiggle room to walk this back," said DW Brussels correspondent Barbara Wesel. "Negotiations about a trade deal are still going on, but they are not going well... and a trade deal cannot come into force if the Internal Market Bill passes."

Michael Gove, the UK minister handling Brexit divorce issues, said "differences still remain" between Britain and the EU in trade talks, but that some advances had been made after the ninth round of negotiations between the two parties took place this week.

"We made progress in a number of areas and specialized committees will meet in the coming weeks, in order to conclude further work," Gove told parliament.

What brought about the legal action?

Last month the UK government admitted that in trying to rewrite its EU divorce treaty it would be breaking international law.

Prime Minister Boris Johnson's bill, which this week passed through parliament prompting the EU's swift response, would disregard parts of the accord he signed back in January.

The section of the agreement in question deals with trade between Ireland and the UK. "If adopted, it will be in full contradiction to the protocol of Ireland-Northern Ireland" in the withdrawal agreement, said von der Leyen.

The bill must also be approved by the UK's House of Lords, where it is expected to meet strong opposition.

The Withdrawal Agreement must be "strictly adhered to," the EU's chief Brexit negotiator Michel Barnier said.

"Full & effective implementation of Withdrawal Agreement will always be an absolute priority for (the EU)," Barnier tweeted.

"It is the result of long EU-UK negotiations & the only way to protect Good Friday (Belfast) Agreement, guaranteeing peace and stability on the island of Ireland."

The EU has previously warned the British government that alterations to the terms of the UK's exit from the EU could have serious consequences, and on Thursday those repercussions took a step closer to becoming a reality.