The EU has said respect for international law is "not optional," referring to UK threats to renege on parts of the withdrawal agreement. The UK has recognized it would be breaking international law by altering the deal. 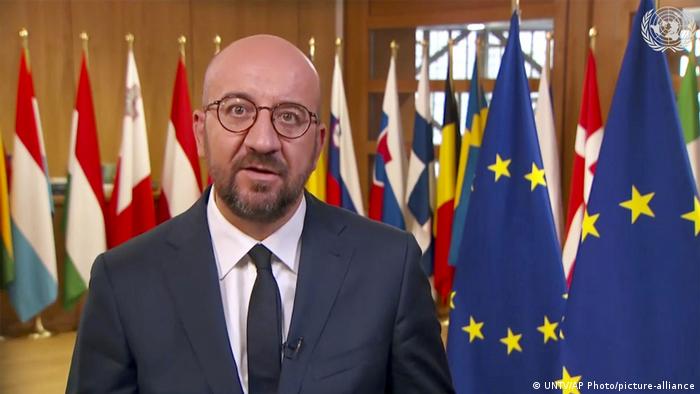 European Council President Charles Michel took a thinly veiled swipe at the United Kingdom on Friday over its threats to renege on parts of the EU withdrawal treaty it signed in January.

There was little doubt who and what Michel was referring to when he told the United Nations General Assembly via a video message that "respect for treaties, a basic principle of international law, comes to be considered optional even by those who, until recently, were its historical guarantors."

The United Kingdom is a founding nation of the UN and a permanent member of the Security Council, and the country has extolled the virtues of global diplomacy for centuries.

Earlier this month, the UK government admitted that in trying to rewrite its EU divorce treaty it would be breaking international law. The EU has warned that the move could have serious consequences

Prime Minister Boris Johnson's proposed bill would disregard part of the withdrawal treaty he signed back in January. The section of the agreement in question deals with trade between Ireland and the UK. 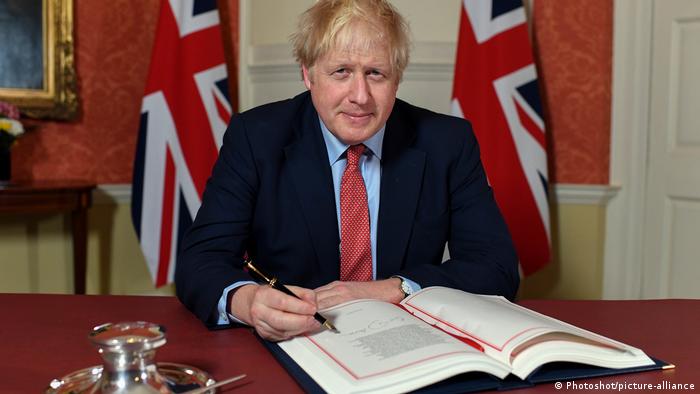 Talks over a free trade deal have ground to a halt recently, with the EU insisting that the UK wants to keep the privileges it had as a member of the bloc without having to carry the burdens of that membership.

The UK is seeking extensive access to the wealthy EU market, but doesn't want to abide by the rules that underpin trade with the EU.

"Access to our large market, the second-largest economic zone in the world, and the first in terms of international trade, will no longer be sold off," Michel continued in his video address. "From now on, we will better enforce the level playing field, in a market open to those who respect its standards. Whether they leave our union or want to move closer to it."

Further talks between the two sides are set to take place in Brussels next week. Both the UK and the EU have said a trade agreement must be settled by October if it is to be ratified by the December 31 deadline.