This summer, 15,000 young Europeans will get free train tickets to travel within the EU. The DiscoverEU program seeks to counter populism and promote Europe by making cultural exchanges more accessible. 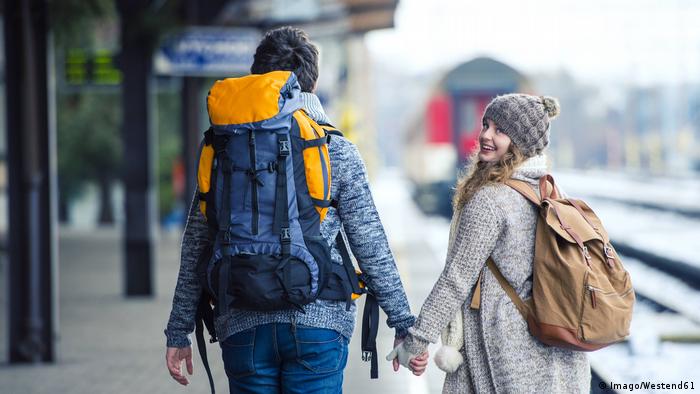 Some 30,000 European 18-year-olds will be eligible this summer to travel for up to 30 days to up to four different countries within the EU at no cost. The DiscoverEU project provides only the free rail access; young people would have to pay for accommodation, food and other expenses on their own.

The initiative was approved in March, when the EU's executive branch earmarked €12 million ($14.7 million) for the project. The idea was originally proposed the European People's Party Group (EPP) leader Manfred Weber, who introduced it in the European Parliament.

DiscoverEU sees the free rail passes as an investment in European cultural identity. The project conceives the idea of Europe to be "above all, about people connecting and sharing emotions." By providing free rail tickets, the EU would be helping enable Europeans to connect and share with people across the Union at a very early age.

The advocates at DiscoverEU also believe that the program can help "counter the current growth of populism" by helping young people experience the advantages of free movement, see the reality of neighboring countries firsthand and explore what it is that unites Europeans.

Since the earmarked funds are only able to fund 15,000 tickets, young Europeans must submit an application through theEU's website for youth programs to win. Those interested would need to apply in June during a period of two weeks.

A quota system and a quiz on EU heritage, culture and current affairs will be used to select the first 15,000 ticket recipients.

If selected, participants would have to carry out their travel between the months of July and September of 2018. The tickets would be distributed by the already-existing Interrail program, which has been providing discounted tickets to European youths since its inception in 1972.

European lawmakers are hopeful that the program can be expanded and that cultural exchange for European youths will be supported in the future. On Wednesday, the European Comission unveiled its new budget for 2021-2027 that would add €700 million funding to the Interrail project, as well as double the funds of educational exchanges.