The EU has said Venezuela must work toward new elections amid the country's political and economic crisis. This comes as seven more people close to President Nicolas Maduro were hit by travel and financial restrictions. 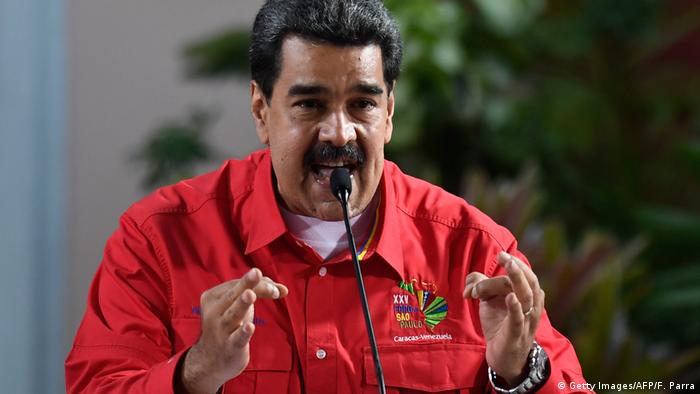 The European Union warned Venezuela on Friday that it could face new sanctions if the government of President Nicolas Maduro did not move toward a timetable for presidential elections, as the country slides further into economic crisis and authoritarianism.

In a statement that spoke of a "grave situation" in the country, the bloc said it confirmed "its readiness to work on further targeted measures."

The statement was issued after the EU imposed travel bans and asset freezes on another seven people close to Maduro, four of whom are suspected of being behind the abduction of naval commandant Rafael Acosta. All are being sanctioned for their involvement in torture and other human rights violations, the European Council said in Brussels.

The new sanctions bring the number of Venezuelans facing restrictions from the bloc to 25. The EU also imposed an arms embargo in November 2017.

Acosta died in military custody in June, with relatives alleging he was tortured to death. 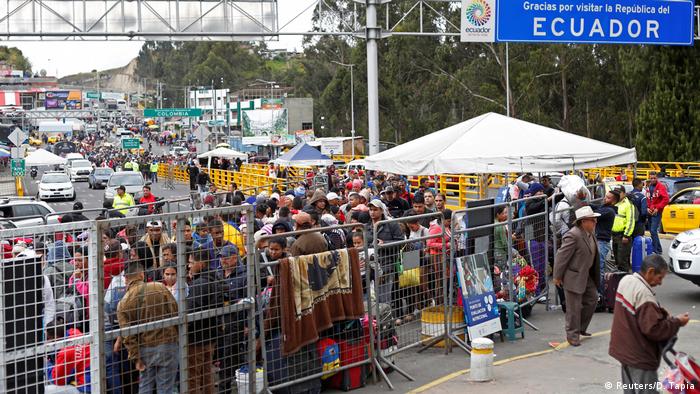 Many Venezuelans have fled or want to flee their country

It is the first time in almost a year that the EU has expanded sanctions on Maduro allies. Until now, the bloc has focused more on mediating peace talks with Norway and Latin American countries.

The EU has been under growing pressure from Washington to take action against Maduro, who has been accused from several quarters of human rights violations and of shifting the country toward a dictatorship amid a worsening political and economic crisis.

Most of the EU has joined the US in backing Venezuelan opposition politician Juan Guaido, seeing him as a likely candidate for leading the country back on the path of democracy.

The economic crisis in Venezuela, which has seen chronic food shortages and hyperinflation, has driven many citizens out of the country, with the UN estimating that some 4 million Venezuelans have migrated to neighboring countries.