The European Union's top foreign affairs official called for the establishment of a Palestinian state Saturday while visiting the Gaza Strip. Federica Mogherini said Gaza and the world "cannot afford" another war. 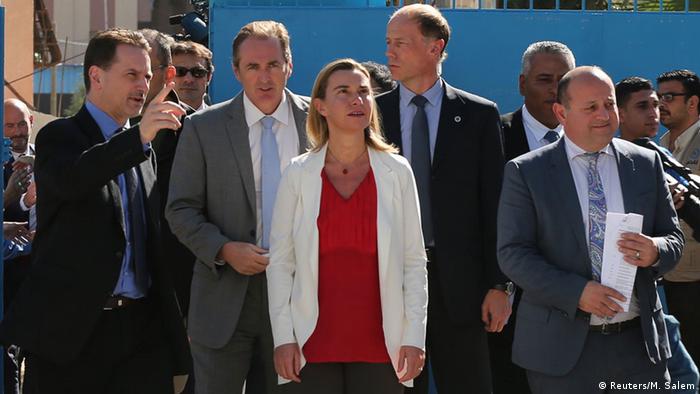 Amid surging Israeli-Palestinian tensions and near-daily clashes in East Jerusalem, European Union foreign affairs chief Federica Mogherini (above, center) on Saturday called for the creation of a Palestinian state.

"We need a Palestinian state - that is the ultimate goal and this is the position of all the European Union," Mogherini said as she visited UN facilities for Palestinians whose houses were destroyed during the most recent Israeli bombing campaign targeting Hamas militants in Gaza this summer.

The nearly two-month war between Israel and Hamas in July and August resulted in the deaths of 2,140 mainly civilian Palestinians and more than 70 Israelis.

"It is not only the people of Gaza that can't afford having a fourth war, all the world cannot afford this," Mogherini said.

Israeli-Palestinian tensions have soared in recent days as far-right Jewish groups have attempted to secure prayer rights at the Al-Aqsa compound in East Jerusalem, which is holy to Jews and Muslims alike.

"We cannot just sit and wait. If we sit and wait [the conflict] will go on for another 40 years. We have to have action now," Mogherini said. 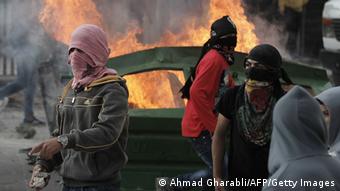 In the United Kingdom, lawmakers voted overwhelmingly for a motion declaring "that the government should recognize the state of Palestine alongside the state of Israel."

And in France, socialist lawmakers said they are preparing a parliamentary motion calling on the government to recognize Palestine as well. "The [National] Assembly asks the French government to use recognition of the state of Palestine as an instrument to obtain a final settlement of the conflict," the provisional motion read according to Agence France Presse.

Driver rams into crowd in Jerusalem amid unrest

A border policeman has been killed after a driver rammed into a crowd in central Jerusalem. The attack comes amid a Palestinian uprising in the Old City over access to the Al-Aqsa mosque. (05.11.2014)