The EU has pinned a 110 million euro fine on Facebook for giving incorrect information about its WhatsApp buyout. Facebook had said it wasn't able to link user accounts -then offered the option in an update. 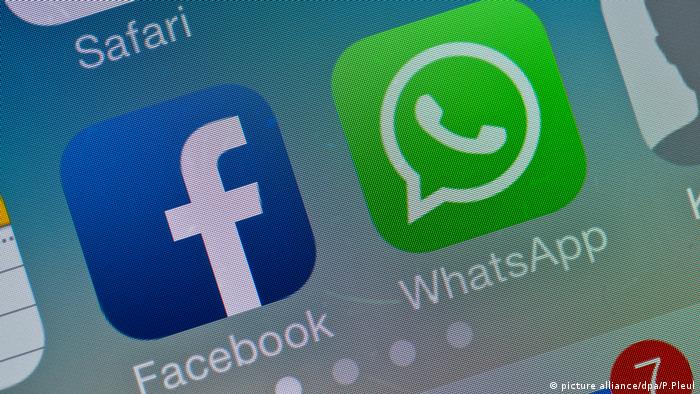 Facebook was fined 110 million euros ($120 million) by the European Commission on Thursday for providing misleading and incorrect information concerning its buyout of the mobile messaging service WhatsApp.

"Today's decision sends a clear signal to companies that they must comply with all aspects of EU merger rules, including the obligation to provide correct information," EU Competition Commissioner Margrethe Vestager said in a statement.

Facebook said in a statement that it cooperated with the Commission's investigation and that the incorrect statements were not intentional.

"We've acted in good faith since our very first interactions with the Commission and we've sought to provide accurate information at every turn," a Facebook spokesperson said.

Major Internet companies Facebook, Twitter, Microsoft and YouTube have teamed up with the European Commission to combat the spread of hate speech online. They agreed to tackle flagged posts or videos within 24 hours. (31.05.2016)

The EU's competition chief has said Google might have violated antitrust rules, possibly kicking off a legal battle. It's not the first time the US tech company has run afoul of Brussels. (20.04.2016)

The EU said when Facebook informed the Commission of the 2014 takeover, the social media giant said it would be unable to "establish reliable automated matching" between Facebook and WhatsApp accounts.

After launching a probe into the matter last year, the Commission "found that, contrary to Facebook's statements in the 2014 merger review process, the technical possibility of automatically matching Facebook and WhatsApp users' identities already existed in 2014, and that Facebook staff were aware of such a possibility."

The European Commission said its decision on Thursday and the fine would not have an impact on its October 2014 clearance of the $19 billion deal. At the time, they found no reason to believe the takeover would diminish competition in the booming social media sector.

With around 40 million followers on Facebook, Indian Prime Minister Narendra Modi is the world's most-followed leader on Facebook. The runner-up, US President Donald Trump, lags far behind him. (26.03.2017)