A top EU court has heard a case brought against the Bavarian government for failing to implement clean air court rulings. Green groups say the state premier should be threatened with jail for risking people's health. 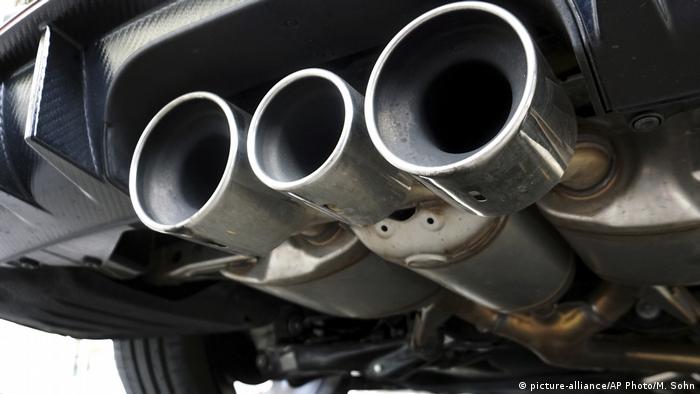 The European Court of Justice (ECJ) heard arguments on Tuesday about whether Bavarian State Premier Markus Söder and other members of his government should be jailed for failing to implement clean air rulings to bring down levels of the nitric oxide, caused by diesel fumes, in Munich.

The campaign group Environmental Action Germany (Deutsche Umwelthilfe, or DUH) brought a suit after Bavaria failed to implement a ruling in the Bavarian administrative court in 2012 and a later one in the higher federal court.

The court had already fined the state, but no measures have been implemented, which prompted the DUH to bring a suit demanding that the members of the government could be jailed. The Munich court referred the case to the ECJ.

In another decree from November 2018, the Bavarian administrative court accused Söder and his government of violating their oath of office, contempt of court, and threatening the rule of law. The court also rejected the government's argument that it had not yet exhausted all its legal options.

In a statement made at the time, DUH head Jürgen Resch said, "The refusal of the Bavarian government to implement a clean air court verdict in Munich … represents a full frontal attack on democracy." He added that Söder and his predecessor Horst Seehofer "endangered the health of thousands of people in Munich who have a right to clean air."

The case has wider political implications, as it highlights the difficulties that the German judiciary often has trying to force state authorities to comply with court rulings. According to a DUH statement, such cases are currently increasing.

Fines for failure to comply are limited to €10,000 ($11,000) and have often proven ineffective, not least because the money ends up in state coffers anyway.

The DUH said the ECJ verdict, which is not expected for some months, will send a "clear signal for the relevance of this legal question."

The DUH has been campaigning to force city authorities to implement the EU's clean air directives, and, according to its website, currently has another 37 legal cases running throughout Germany. Several German cities have implemented bans on certain diesel cars in the wake of the "diesel scandal," which exposed the car industry practice of building "cheat software" into new models.

The DUH also made clear that the ruling would almost certainly not actually mean that Söder, or any other German politician, would end up behind bars, largely because they could simply implement the ruling.

Four German managers at carmaker Audi were the latest to be charged in the United States as part of a diesel emissions cheating scandal. The company has already paid an €800 million fine as part of a case in Germany. (18.01.2019)

First the disclaimer: No, I don't drive a diesel-powered car. But I do understand motorists who are fed up with the diesel scandal after three years of political roiling, says DW's Sabine Kinkartz. (02.10.2018)