EU-Brokered Gas Deal Continues to Hang in the Balance | Europe | News and current affairs from around the continent | DW | 09.01.2009

EU-Brokered Gas Deal Continues to Hang in the Balance

The European Union says gas supplies to Europe could restart soon, even though the deal it has brokered between Moscow and Kyiv has been stalled by complaints from both sides. 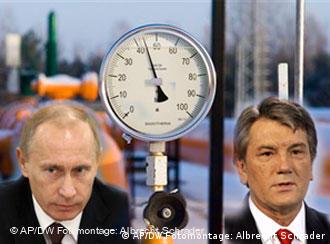 Accusations by Russia and Ukraine are keeping the tap turned off

The latest row erupted just as the first members of an EU monitoring mission arrived in Kyiv, with more expected within 24 hours. Russia wants the monitors in place to track the flow of gas through Ukrainian pipelines and ensure supplies are not stolen -- a charge Kyiv denies.

Russian and Ukrainian officials on Friday said they supported the EU observer plan, but both noted Kyiv and Moscow still have not agreed on gas pricing and terms between the two countries -- the issue leading to the cut-off.

Briefing Russian President Dmitry Medvedev on Friday, Gazprom chief Alexei Miller said there had been "no progress" on the price Kyiv should pay for gas and charge for transit tariffs in 2009.

"The negotiations are practically serving no purpose," Miller told Medvedev in the Black Sea resort town of Sochi, where he flew directly from meetings with EU officials in Brussels on Thursday.

Gazprom and Ukraine's Naftogaz had planned to sit for further face-to-face talks after the consultations in Brussels. But both sides only revived mutual accusations on Friday.

At noon in Brussels, EU officials said that Russian Prime Minister Vladimir Putin had vowed to reopen gas taps as soon as the mission, agreed in telephone conversations overnight, got under way.

But almost simultaneously, the spokesman for Russian gas monopolist Gazprom, Sergei Kupryanov, accused Ukraine of rejecting the deployment of Russian experts -- a precondition set by Moscow for the resumption of gas supplies.

"Ukraine categorically refuses to include Gazprom representatives and in overall agree with the proposal for the creation of an international multi-lateral monitoring commission," he said, according to the news agency Interfax.

At the same moment, the head of Ukrainian gas monopolist Naftogaz, Oleh Dubina, told journalists in Kyiv that Russian negotiators were not interested in a deal.

"We have the impression negotiators from Gazprom do not have the authority to sign the agreement," Dubina said.

Gazprom stopped all natural gas shipments through Ukraine on Wednesday, endangering gas supplies to more than a dozen European nations. Russia provides roughly one quarter of the EU's natural gas needs, and 80 per cent of that gas flowed to the EU through Ukrainian pipelines until the embargo.

Czech Prime Minister Mirek Topolanek, whose country holds the rotating presidency of the EU, was expected to try and broker the final details of the mission during a visit to Kyiv in the course of the afternoon.

Topolanek's mission is intended to "discuss specific details of the functioning of the monitoring group and to make sure the observers are deployed immediately at points that are relevant for the transit of Russian gas via Ukraine to the EU, so that gas supplies can be restored as soon as possible," an EU presidency statement said.

Many countries left in the cold 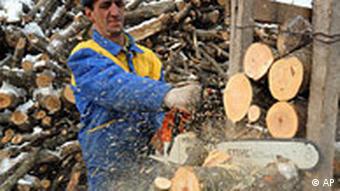 EU member states in Central and Southern Europe have already been hard hit by Russia's shut-off of all gas supplies through Ukraine, with Slovakia relying on gas supplies from Poland and EU neighbour Serbia seeking emergency help from Germany, Austria and Hungary.

That situation looks certain to last at least through the weekend, after Russian and Ukrainian experts said that there would be a technical delay of up to 66 hours between Gazprom reopening supplies to Europe and the first consignments of Siberian gas reaching European customers.

Gas experts from EU member states met in Brussels on Friday to discuss emergency support for those countries hardest hit by the crisis. EU energy ministers are set to hold yet another emergency meeting on the issue on Monday.

Gas Dispute Nearing an End as Russia Agrees to Monitors

The gas crisis escalated this week when Russia cut off all deliveries to Europe flowing through the Ukraine. Now a breakthrough in the negotiations could mean the end of the dispute. (09.01.2009)

Talks in Brussels between Gazprom and EU officials have given rise to hopes that a breakthrough will soon be reached in the European gas supply crisis. But some conditions must be met first. (08.01.2009)