EU member states have struck a deal to curb carbon pollution from trucks over the next decade. The bloc already has limits in place for cars, but the new pact is a first for heavy utility vehicles. 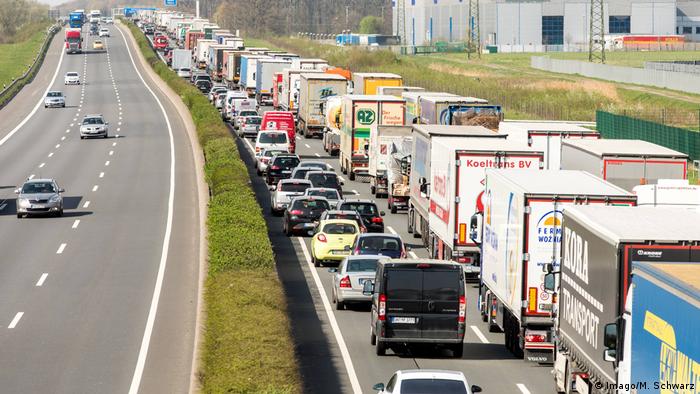 The European Union reached a provisional agreement in the early hours of Tuesday morning to cut greenhouse gas emissions from trucks by 30 percent by 2030 compared to 2019 levels.

If formally approved, the rules would be the first-ever standards governing truck pollution in the bloc.

Heavy trucks are responsible for around 6 percent of the bloc's total CO2 emissions, and they're also currently used to transport some two-thirds of freight across the EU.

There are already standards in place to limit emissions from cars and light vans, which produce around 15 percent of the bloc's emissions.

EU states are trying to cut down carbon pollution by at least 40 percent by 2030 as part of an effort to meet the targets of the Paris Agreement.

The truck emissions standards tentatively agreed to on Tuesday still need to be endorsed by the European Parliament and Council.

The European Union has agreed to emission reduction targets for 2030. But far from fulfilling its duties under the Paris Agreement, environmentalists say Europe has abdicated its role as a climate leader. (22.12.2017)