EU agrees to clamp down on money laundering

The European Council has decided to strengthen the powers of the European Banking Authority. It would be able to force individual banks to take measures against money laundering. 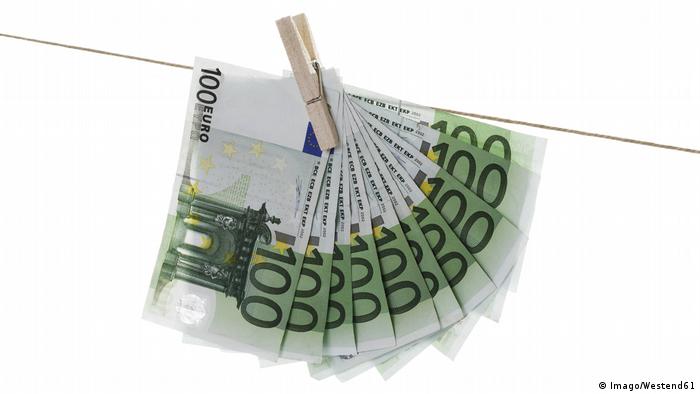 European Union governments have reached a preliminary deal seeking to clamp down on money laundering, the press service of the European Council said in Brussels on Wednesday.

EU member states agreed to strengthen the role and the powers of the European Banking Authority (EBA), an independent regulatory agency, in order to reinforce supervision for European banks.

"The EU has a solid legal framework to clamp down on illegal cash flows but further efforts are needed to make sure that rules are implemented and monitored in a consistent way across the EU," he added.

Under the agreed text, the EBA would be in charge of collecting information from national authorities in order to prevent illegal financial activities. Futhermore, the agency would help national supervisory institutions develop common standards. It will  also facilitate cooperation with non-EU countries on cross-border cases.

As a last resort if national agencies failed to act, the European Banking Authority would be able to directly force individual banks to take measures against money laundering.

The new regulations, adopted by the European Council, will still need approval from the European Parliament and individual EU member states.

The future of retail banking?

If you believe Deutsche Bank, its outlets will be devoid of complicated technology in future. Germany's top lender wants to make visiting it more pleasant for startups and others still needing a bank around the corner. (18.11.2016)