EU-Africa strategy admits failures but gears toward combatting poverty | Europe| News and current affairs from around the continent | DW | 09.12.2009

After two years of lackluster political dialogue and insignificant progress, the EU-Africa strategy gears up in its goal to combat poverty in Africa and presents fresh schemes to do so, but some experts remain skeptical. 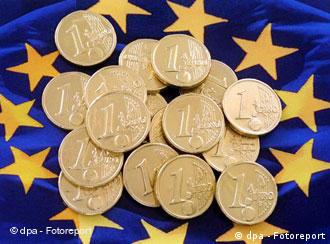 It's been exactly two years since the inception of the joint EU-Africa strategy at the EU-Africa summit in Lisbon in 2007. It stipulated the commitment of leaders from both continents toward building a political partnership in the pursuit of democracy, progress and particularly the attainment of the Millenium Development Goals. However, since then it has received relatively little public attention and political discussions on the strategy have waned. It has fallen far short of achieving its primary goal of eradicating poverty in Africa. 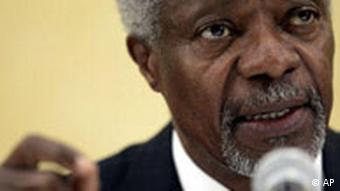 Still, in a recent statement former United Nations Secretary-General Kofi Annan attested to the strategy's potential, saying, "the EU-Africa joint strategy recognizes the fact that the inter-governmental agencies of Europe and Africa must work together to alleviate poverty, achieve the Millenium Development Goals and realize the true potential of a partnership between both continents."

"In this globalized world, you can no longer separate the fate of one continent from another. We are, together, taking important steps towards global recovery and many more must follow. Only through sustained dialogue can we solve today's problems toward a better future."

Regional integration involves a group of nations entering into an agreement to enhance cooperation for political or economic objectives. It is a major factor in the EU-Africa strategy action plan and leaders are convinced it will have a crucial impact in efforts to eradicate poverty.

African nations have embarked on a large number of regional integration schemes over the past 50 years although many of them haven't experienced much success. Eight current regional integration schemes, including ECOWAS, SADC and COMESA, have been chosen as building blocks for development in Africa and their impact is expected to materialize by 2026.

Despite the promise of regional integration in eradicating poverty in Africa, experts are concerned that the Economic Partnership Agreements, which are a key element of the Cotonou Agreement signed by the European Union and the African Carribbean and Pacific Group of States for development cooperation, may damage the success of regional integration schemes.

The head of the Africa section of the Research and Policy Analysis Branch at the UN Conference on Trade and Development, Professor Norbert Lebale, told Deutsche Welle: "I think there is a possibility that the EPA negotiations will stall regional integration because it might divert trade. Economic Partnership Agreements are about lowering tariffs between the EU and Africa, but it doesn't positively impact tariffs being lowered within African nations." 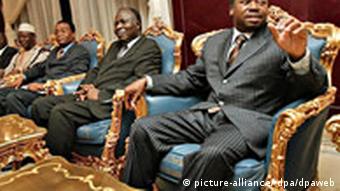 Despite what many would call lack of significant progress by past regional integration schemes, such as ECOWAS, Professor Lebale has a positive outlook, admitting that things have happened slowly but they are on the right track.

"What's important about regional integration is common external tariffs. ECOWAS states are like one nation so they share a common tariff. They have achieved trade liberalization with tariff reduction among African states, which helps improve development. The free movement of people among ECOWAS states has also been economically beneficial because people from one nation can easily set up businesses in another," he said.

The impact of regional integration schemes may not have had the desired effect due to the many challenges they have experienced over the years. To begin with, there are many schemes and many nations belong to several of them at the same time. Membership overlap has caused more complications than progress and has made harmonization challenging.

Still, Professor Lebale remains optimistic. "Harmonization is taking place," he said, "but the problem is that people expect things to happen overnight. That cannot possibly be. How long, for instance, did it take Europe to successfully implement the EU? There is a disparity among regional integration schemes but they are moving. African leaders are committed to that."

Policy makers in Europe and Africa are dedicated to promoting the EU-Africa political partnership and the fight against poverty in Africa, nevertheless some experts claim it is empty political rhetoric.

Joanna Maycock of the European NGO Confederation for Relief and Development, CONCORD, told Deutsche Welle: "The problem with the EU-Africa strategy is that it has no money and no real political clout. The Cotonou Treaty is the real development treaty and the EU-Africa strategy has naturally been sidelined because how is it supposed to come into that? I'm not convinced it's the way to do it. I'm not surprised there hasn't been much progress." "Partnership" is not the reality, say some experts

Emphasis in the strategy has been on partnership; the typical donor-recipient relationship between the EU and Africa was rejected when the strategy was drawn up in favor of shared interests and mutual cooperation and participation, but Maycock says "partnership" is not the reality.

"This strategy was first mentioned in Britain in 2005 beacuse the EU wanted to make a big Africa statement. It was completely written by the EU; it is not a partnership. It's really disgraceful. It's the kind of thing that subjugates Africa because the EU assumes it knows what's best for them. The last thing Africa needed was a new treaty, instead it needs real delivery on existing policies and real delivery on money promised," she said.

Policy makers involved in the EU-Africa strategy are considering revising the action plan toward more attainable goals. Those revisions may include narrowing the range of issues the partnership aims to work on, something Maycock is sure will happen.

"I think there will be a scaling down of ambitions in the revised action plan," she said.

In 2000, G8 nations, including Germany, pledged to devote more money to combat misery in the world's poorest countries. But thus far they haven't made much progress reaching their targets. (30.01.2007)

Power to the people - civil society and a new Africa

More and more Africans are joining the quest for a better Africa. They demand democracy, protest against corruption and promote reconciliation. (27.02.2008)