Power to the People - Civil Society and a New Africa

More and more Africans are joining the quest for a better Africa. They demand democracy, protest against corruption and promote reconciliation. 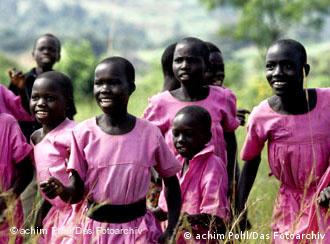 A lively and critical society has developed that could change the face of the continent. For example: Frederick Chiluba thought it would be an easy journey. In 2002, he suggested to erase a clause from the constitution that prohibited him from running for a third term as president of Zambia. Yet to his surprise, public protests stopped parliamentarians from executing his will.

In many African countries, the time for corrupt and authoritarian politicians is coming to an end. Despite many setbacks, people have started to ask more from their leaders. They demand accountable and democratic politicians in government, with local, non-governmental organizations helping to make the voice of the people to be heard.

There are plenty of reasons for Learning by Ear to focus on the role of society in Africa. The shows don’t stop at their political role, but also examine how a civil society can help to alleviate poverty and promote reconciliation. Learning by Ear will take listeners on a journey from Liberia to Kenya to see how ordinary people are fighting for a new Africa.

Listeners' reactions
Read what other listeners think about our series "Civil Society and a new Africa" on the next page.

For an in-depth assesment of Africa's civil society, visit the website of the University of KwaZulu Natal's Centre for Civil Society. The site includes an online library.

Want to get active? Find a Civil Society Organization in your country in this online directory.

Do you care about clean drinking water? The website of the African Civil Society's water network gives you information and adresses of member organizations across the continent.