Thousands of Ethiopian Jews are waiting to emigrate to Israel. They live in difficult conditions in Gondar. Their chances to leave for a new home are compromised by religious and political factors. 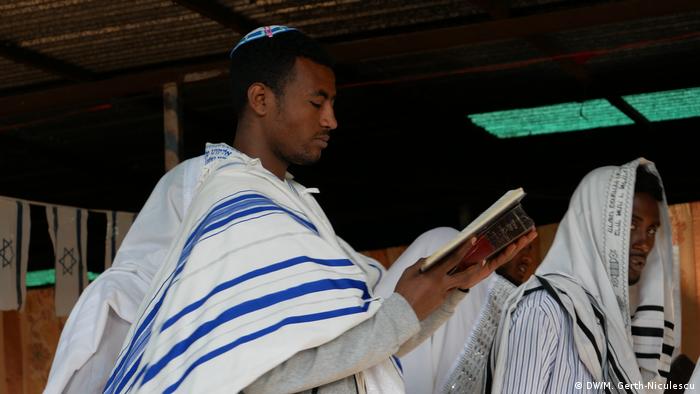 A wide, cobblestoned road leads to Gondar's only synagogue. The town in Northern Ethiopia is home to the largest community of Ethiopians who practice Judaism. They call themselves Beta Israel. Every morning, Ashenafi Asefa leads the prayer as worshippers dressed in white find a spot on the wooden benches, a Torah open in their hands.

"Some of us have been here [in Gondar] for more than 25 years," the young religious leader explained. "Some of our relatives are [in Israel] with their families. Now we are the ones left behind in our journey to Israel."

Around 4,000 Jews live in Gondar, close to the synagogue and the Israeli Consulate. Many came from rural areas and chose to settle within the community, while waiting to make their way to the Promised Land. The majority has at least one relative in Israel.

'Being alone is very difficult'

Workinesh Akalu is a mother of six. She and her husband moved from the countryside ten years ago. The family didn't feel safe anymore and feared attacks from the non-Jewish community. 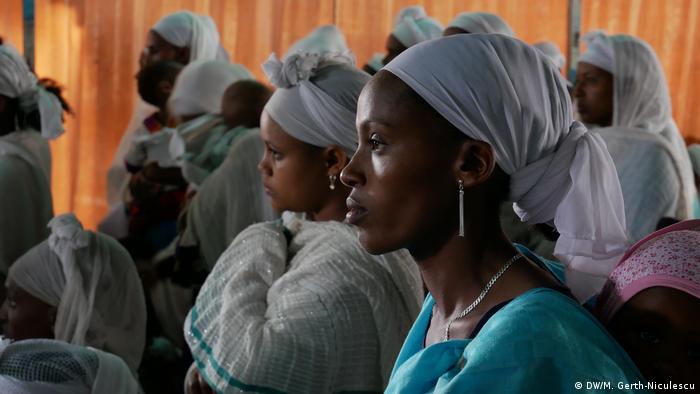 Beta Israel Jews are not considered Jews by the Israeli authorities

"They burned the crops that we had collected. When this happened, we decided that it's better to leave than to die", she recalled. Her husband's family, including his five brothers, is already in Israel. According to Workinesh, the separation is taking a toll on him. "Especially when his mother left he was very sad. Being alone is very difficult," she said.

The reason why some individuals have to wait years before being allowed to emigrate, if they succeed at all, is unclear to many. According to a Law of Return all Jews are allowed to move to Israel. But the Beta Israel of Gondar are not officially considered Jews.

In 2015, the Israeli government pledged to reunite all Ethiopians with their families, provided they have first-degree Jewish relatives in Israel. A list of 8,000 names, written up in the 1990s, is the basis for the permission. Ethiopians have to formally convert to Judaism upon arrival. "The problem is that some people that are not included in this list have expectations that they are also on [it]. Sometimes they know, sometimes they don't know," explained Raphael Morav, the Israeli ambassador to Ethiopia. "The government's decision is implemented yearly according to the budget available. Two years ago, 1,300 [people] benefitted from this decision. Last year, 1,000 did."

Not recognized as Jews

Reuniting those remaining in Ethiopia with their families is seen by the Israeli government as a humanitarian gesture, which falls outside the realm of the Law of Return. "Officially all the Beta Israel Jews have already been repatriated to Israel," the ambassador said.

But in Gondar, the questioning of the community's Judaism spurs frustration. "Some say we are not Jewish. They say we are lying, that we are pretending just to come [to Israel] and that we will make their religion impure," Ashenafi deplored angrily. "But the only one to know if we are Jews or not is the God that created us." 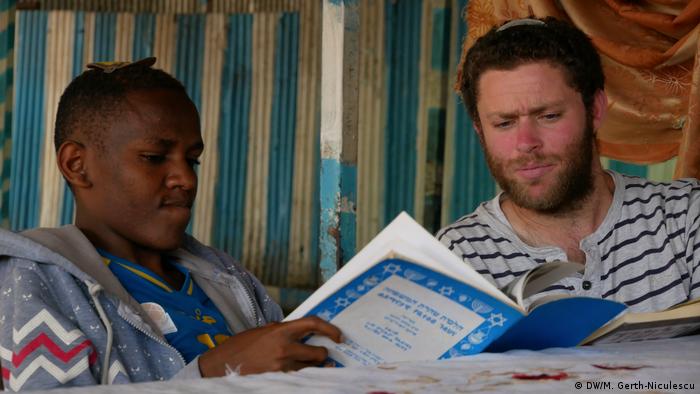 Nadav Rosenthal is one of the many Israelis who come to Gondar to share their culture's practices. He regrets that religious as well as political issues interfere with the repatriation process. "Families have been torn apart by the very slow process. Mothers live without their children. Some people are here alone because of questions about their Judaism or because of bureaucratic problems. This is a moral issue," the young man said. "In Israel, like in any other part of the world, cultural differences are a struggle. Right now this is especially true for the Ethiopian Jewish community. I believe that bringing all of them to Israel will be the first step to solve this."

Some Ethiopian Jews in Israel are also opposed to new arrivals from their home country. They claim that there are among them missionaries who want to convert Israeli residents to Christianity.

But despite the struggle and wait, hope is high among those in Gondar who identify as Beta Israel. "My daughter applied for me in Jerusalem. The authorities said it's not my turn yet," said Fentaye Tiruneh, one community member who has been waiting for eight years. The process has to be initiated from Israel, but it's not clear who gets priority.

To prepare for a possible aliyah, as the immigration of Jews from the diaspora to Israel is called, many families send their children to a school where they can learn Hebrew and other cultural and historic elements important for their future lives abroad. The school, behind a light blue gate decorated with a David's star, is run by a non-governmental organization. 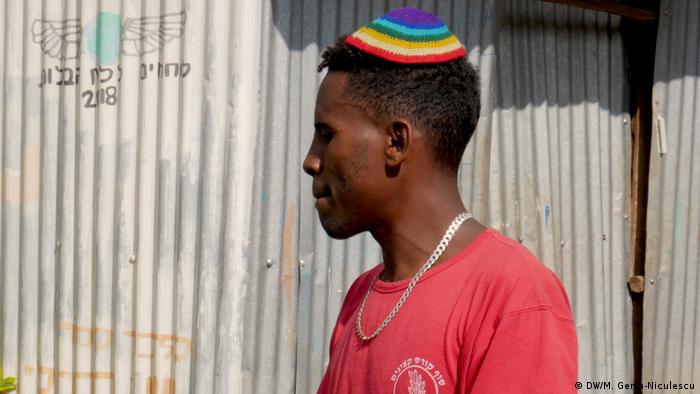 Yenesew Belachaw manages the establishment. "If [the children] learn Hebrew, they will integrate and cooperate with the society and support one another," he explained, a multi-colored kippa on the back of his head.

Despite these efforts, newly arrived Ethiopians often face hardship when trying to settle in. A mandatory integration program, including shelter, is provided upon arrival. Yosef Sintayehu moved to Israel almost 20 years ago and came back to Gondar for a visit. "There are many difficulties, above all the language," he explained, dressed in a black suit and a beige beret. "Especially for older people, integrating into a new culture is difficult."

According to Ambassador Morav, it should take about seven years for the remaining Ethiopians whose names are on the list to emigrate to Israel. "Unless the government decides to allocate the budget to finish everything in one year, which makes sense," he noted.

As Israel's leaders are struggling to form a new government, no decision has yet been made about the next wave of repatriation. "God said he will disperse and reassemble us”, said Rabbi Ashenafi Asefa. "So [we] will go, although it might take long. But eventually we will go."

Solomon Teka, a 19-year-old Israeli of Ethiopian origin, was shot dead by an off-duty police officer in a town near Haifa on Sunday. The teenager's killing stoked accusations of racism and police brutality in Israel. (03.07.2019)