Solomon Teka, a 19-year-old Israeli of Ethiopian origin, was shot dead by an off-duty police officer in a town near Haifa on Sunday. The teenager's killing stoked accusations of racism and police brutality in Israel. 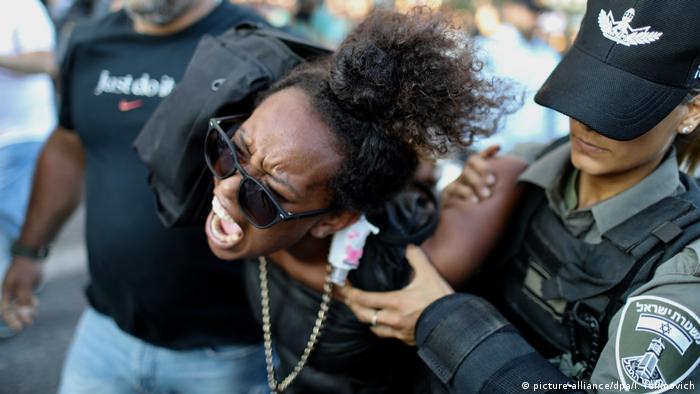 Israeli activists and Ethiopian Jews protested for a third straight day on Wednesday against the killing of a young Ethiopian Israeli by an off-duty police officer.

Security was beefed up in the town of Kiryat Ata in northern Israel, near Kiryat Haim where Solomon Teka was shot dead on Sunday.

The Wednesday protest was relatively calm compared to the first two days of demonstrations, when protesters burnt tyres and blocked roads.

In Tel Aviv, Israel's economic capital, around 100 people scuffled with police on Wednesday in an attempt to block a road.

At least 111 police officers have been wounded by stones, bottles and petrol bombs during the three days of protests.

Teka's killing has sparked a debate in Israel about racism and police brutality. The Ethiopian Jewish community in Israel is particularly outraged by the incident, saying they live in constant fear of police harassment due to their skin color. 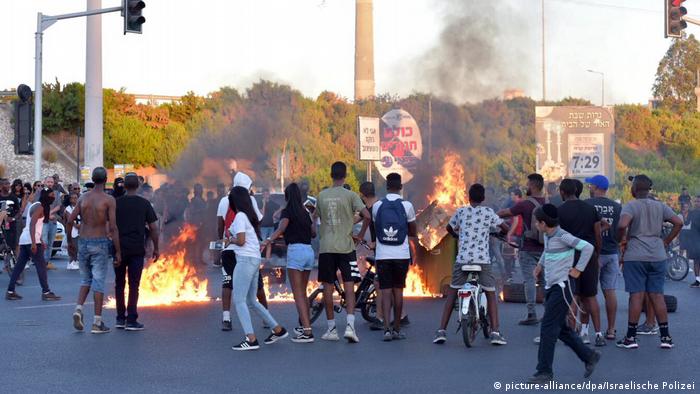 The officer who shot the teenager said he was trying to protect his young children from a group of rioting teenagers at a public playground, and that he had no intention of killing anyone. The officer is currently under investigation by authorities.

"Our hearts are with the family and lessons will be learned," said Netanyahu.

"But one thing is clear: we cannot tolerate the violence we saw yesterday," the premier said on Wednesday at a meeting of a ministerial community on the integration of the Ethiopian community.

"We cannot see the violent blocking of roads, we cannot see Molotov cocktails, attacks on police officers, on citizens and on private property," he added.

The Ethiopian Jews, who trace their lineage to the ancient Israelite Dan tribe, began arriving in Israel in large numbers in the 1980s, when Israeli authorities secretly airlifted them from Ethiopia to save them from war and famine in the Horn of Africa.

The Ethiopian Jews in Israel have long complained of institutionalized racism and discrimination, and have participated in several protests for equal rights in the past. 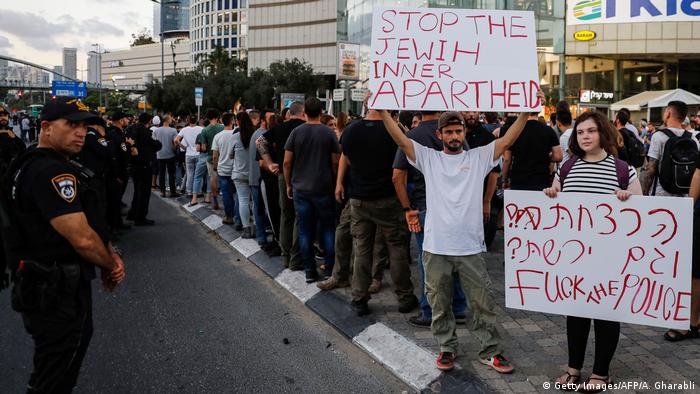