An Estonian public broadcaster has launched a channel aimed at the country's Russian-speaking minority. The move comes as tension heightens between the Baltic country and neighboring Russia. 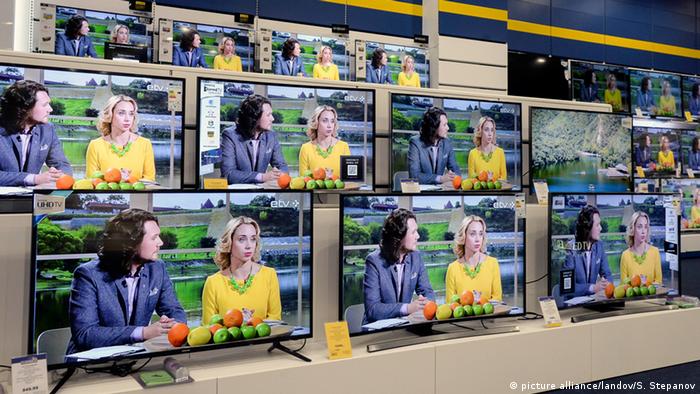 State broadcaster EER's decision on Monday to launch the station -- a first for Estonia -- is a bid to draw in viewers from the country's sizeable Russian-speaking population and to counter influence coming out of Moscow.

"The main goal of the new channel is to create more cohesion in society and to give Russian speakers in Estonia the feeling that they matter," said Darja Saar, head of the new ETV+ channel, told AFP news agency.

Even though they make up a quarter of the country's 1.3 million people, many ethnic Russians in Estonia associate themselves more with Russia and rely heavily on information broadcast out of that country. As tension has grown between the two countries following Russia's annexation of Crimea last year, many see the channel as an opportunity to do a better job of including ethnic Russians in Estonian society.

In an interview with the Associated Press news age, EER program head Ainar Ruussaar said many ethnic Russians in Estonia "don't often know much about what's happening in the country they live in."

One ethnic Russian from a suburb of Tallinn told the AFP he's happy about the channel launching.

"I don't speak Estonian, so for me it has been difficult to know what is happening here," said Ljudmila, who declined to give his last name.

The channel, which will broadcast both entertainment and news, has a budget of around 4 million euros ($4.5 million).

Russia and Estonia have swapped spies in a cross-border exchange. Russia's arrest of Estonian security official Eston Kohver drew criticism from the EU and US. (26.09.2015)